While there isn't much to like about most politicians I have to admit a lot of them just aren't very smart.

A travel agent for thirty years in our nation's capital has this to report:

"This is why we're in trouble! I had a New Hampshire Congresswoman ask for an aisle seat so that her hair wouldn't get messed up by being near the window.

I got a call from a candidate's staffer, who wanted to go to Cape town. I started to explain the length of the flight and the passport information, then she interrupted me with, "I'm not trying to make you look stupid, but Cape town is in Massachusetts. Without trying to make her look like the stupid one, I calmly explained, "Cape Cod is in Massachusetts, Cape town is in Africa." Her response.( click).

A senior Vermont Congressman called, furious about a Florida package we did. I asked what was wrong with the vacation in Orlando. He said he was expecting an ocean-view room. I tried to explain that is not possible, since Orlando is in the middle of the state. He replied, "Don't lie to me. I looked on the map, and Florida is a very thin state!"

My name is Dale E. Bledsoe with Crown Key Realty and as always I may be reached at 209-481-6031. You may also visit me on the web at www.DaleBledsoe.com

If these are true story, no wonder we are in the mess we are in. Thanks for sharing and the chuckle it gave me, cheers cvc

Dale, unbelievable. I was asking directions to a shop a few years ago. I asked "Are you on the east or west side of the street?" The answer I got was "It depends on which direction you're coming from." No joke. LOL

Sad part is that we vote these peoople in and wonder why nothing good gets done. 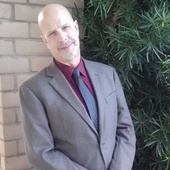