Wow what a market we have had this year to date!! Homes in Calgary have gone up an average of 38% this year alone. Great news for homeowners, not so great news for those who had to buy a home or condo this year.

The market started heating up right after Christmas last year. We anticipated a fast and busy 2006, but no one could have fully estimated the impact.

Bidding wars became the norm, especially for properties for sale under the $300,00 range. Buyers could expect anywhere from 4 to 15 offers on an average  on the property of their dreams. There seemed to be a trend for the first quarter there seemed to be a trend of winning bidders going $15,000 over the list price to "win" but as time went on, winning bidders were know to pay $40k to $100 k over list to secure the home.

Where are all these buyers coming from?  There has been so many people relocating to Calgary from the USA as well as other parts of Canada. I have seen people from East to West and everywhere in between. Calgary is an ideal place to come to live. Jobs are everywhere, I often tell people that if you cannot find employment in Calgary, you simply do not want to work. Being a native Calgarian I have never seen so many "help wanted" ads, they are everywhere.

A lot of these people relocating to Calgary are used to paying a lot more for housing, and when they have to compete for a home, they are willing to pay more, a lot more. This has really driven our market up.

The downside of the housing prices is not everyone can afford to buy a home or condo any longer. Many would be first time home buyers have been pushed out of the market entirely, and forced to rent. The bad news is that the rental market is on the fast rise as well. There are more renters in the rental market and as the costs rise to purchase a property, so must the cost of rent. Vacancy rates being around 2 to4% currently will be expected to fall to 0% but he end of the year.

Neighboring communities such as Cochrane, Airdrie Okotoks etc,. Have been a choice for many families this year to purchase as a result of the Calgary market rising so much.  Of course these areas have followed suit with Calgary for price gains.

We have seen people move up to 2 hours away just to be able to buy a hose and commute into Calgary for work..

I believe that the market increase has taken its toll and literally pushed many "to be" home owners to a place of unaffordability thereby taking them out of the market completely.

Later in fall the market entered a point of correction as more listings hit the market making more choice for buyers.  There has been more correction in some areas where the competition is alittle more severe and many sellers are now hoping their homes will sell, a vast change from previous months when bidding wars and mutiple offers were cosidered normal.

The new year will more than likely bring a busy time again with prices expected to increase again as predicitons rumor housing shortages yet again for 2007. If you ask me though, I hope not to see another year like 2006. It was a hard year for agents, and even a harder year for buyers.

Nice to see you here. This really is a great community.

See you on the boards. 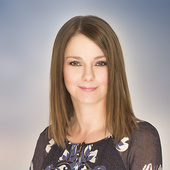