I took a listing a couple of days ago that left me scratching my head.  After listening to my lovely older client and doing some basic online research I discovered a few things that left me wondering "what was that agent thinking or what am I missing?"  The property had been on and off the market for 2 years, the agent's contract had expired 4 months ago and the property was still on the MLS as active, the client had left me to believe there had been a verbal offer on the property but she had no idea what it was as the agent only said "oh, it's too low, it's not a serious offer", shortly after I requested that the last agent remove the active status so I could reactivate it under our office, the client received a phone call from the agent saying there was a verbal offer.  When I went to the property to install my sign I was approached by not one, but two neighbors who wanted further information about the property each of them stating they had been told by the other agent that the property had issues.  True, I had ascertained online, in advance of accepting the listing that there were indeed a title and a tax issue. But I ask you: Why had the agent not given the client the verbal offer?  Verbal or written, an offer is an offer. It's up to the client to decide, with some guidance, whether the offer is too low?  Why had the agent scared off potential clients because of "issues"? (True, you have to be forthcoming with known facts, but you don't just leave it at that.) It took no time at all to provide her with a list of title companies to choose from, create a list of suggested questions she might want to ask and thereby learn that she could and was willing to clear up the "issues" in a heartbeat.  Dear neighbors asking about this property - problems will be resolved during the closing, no sweat.  While it is true that this business is rapidly becoming an online, email, text, pdf autofax business and yes we are becoming quite accustomed to having a great deal of our clients doing an enormous amount of "footwork" on their own, lets not forget this is still a people first business. We cannot afford to put our listings on MLS autopilot and hope technology takes over from there to closing. Patient listening, constant communication, gentle guidance are not old fashioned ways, they are the primary way - with all the technical stuff as a much needed, much welcomed, but still just a piece of, the Total Package.

I loved your last sentence. Some of the best things are the things that are basic in Real Estate. I can't imagine an agent performing in the manner you described. Some people just don't have an interest in doing a good job.

Betty, I don't think it's that they don't want to do a good job, I fear we have all been lulled into thinking that things can be autopiloted what with all the new technology and with this newest generation prefering to do everything via texts and emails it can get too inviting to treat every transaction in the same manner. After all most of us are phone adverse in the first place so technology is making too easy to avoid personal contact. 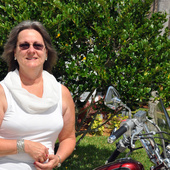