MetLife Inc. said Thursday it is selling its reverse mortgage business, its latest move to avoid increased regulatory scrutiny and stay focused on its core operations.

The U.S.'s largest life insurer in March failed "stress tests" by the Federal Reserve that were aimed at gauging the capital adequacy of 19 of the biggest U.S. financial firms under a severe economic worsening.

MetLife, which has been a bank holding company since it pushed into banking in 2001 to offer retail savings and other products to its clients, was the only insurer tested.

With a reverse mortgage, a lender takes an equity stake in an owner's home in exchange for the loan. Unlike traditional mortgages, under which lenders see a payment on a monthly basis, lenders in reverse mortgages typically don't realize any proceeds from the loan until the property is sold—often when the homeowner dies.

Under the deal disclosed Thursday, MetLife said home-loan servicer Nationstar Mortgage LLC will purchase its reverse mortgage servicin portfolio, subject to regulatory approval. The company noted its entire retail banking business, including mortgages, made up under 2% of its operating earnings last year...

What does this mean for the industry?

Likely more of the same.  The reverse mortgage market remains a challenge for large players like Met because there are simply not enough potential borrowers to make a meaningful contribution to the bottom line for companies that large.  I believe the smaller and regional players will remain.

Your comments are welcome. 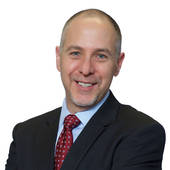 Learn the ins and outs of reverse mortgage financing from a seasoned expert with thousands of closed transactions.