Carrie hits a home run with this post.  We never, never, NEVER know who may be listening to a casual conversation we hold.  We need to be aware of our responsibility to keep confidential stuff confidential. It’s never really a good idea to talk about the intimate details of business or people in public.  This is a lesson I learned when I was a very young girl.  One of my best friend's father was a tremendous role model, and I’ve never forgotten all the great advice he gave me while growing up.  Sometimes, when he would take us out for dinner, my girlfriend and I would naturally start to gab about anything and everything.  That's when he would remind us to NEVER talk about people in public.  He would often say, “you never know who is sitting at the next table.”  I fully understood his theory and have never forgotten those words since.  That being said, there are two women I encountered in a restaurant ladies' room recently who apparently need a quick, brief lesson from Aunt Carie.

TMI Alert:  I entered the ladies' room, walked into a stall, and locked the door.  At the same time, two women were talking to each other -- one was applying makeup at the mirror, and the other was in the stall next to me.  They were having a '"business-related conversation" -- and I’ll give you three guesses what business they're in.  Anyway, I listened to them chat about this property and that property -- and about this agent and that agent.  By the time I exited the ladies' room, I had heard my share of juicy gossip.  In my opinion, clearly not the appropriate conversation to be having at that particular time or place.

I had no clue who these women were -- nor did I know any of the players or properties of which they spoke.  Yet, the point is:  I inadvertently overheard sensitive and private information that was not meant for my ears -- nor meant for anyone else’s ears either.  Luckily, it will not develop into an uncomfortable situation for a lot of people.  But, it definitely could have -- and it was completely avoidable.

Image a world were no one ever said anything that they didn't want anyone to hear? Awesome!!!

"the wise decerns their steps." proverbs, I guess this goes for our words too.

Great reminder!  I know how tempting it can be to chat and vent with your coworkers (i'm certainly guilty of it) but I agree that it's important to be conscious of what we say and where! If not, a painful lesson is likely to ensue at some point.

I was once in a county registry of deeds and overheard 2 attorneys (!!!) griping about clients.  With names included.  I couldn't believe it.

Hi Marge, this post is so true...you never know who may be listening!!

This is so true, Marge. We all need to keep watch over our conversations.

Well hello stranger!  It's been way too long since I've seen you.  Hope all is well in your land and you'll soon be back in blog mode at least now and then!  Glad you dropped by my post today.... what a pleasant surprise :)

Like
Rebecca Gaujot, Realtor®
Lewisburg, WV
Lewisburg WV, the go to agent for all real estate
Hi Marge...glad to see you back in the Rain. Hope all is well with you.
Like
Larry & Jacque Ficek
Alaska Dream Makers - Wasilla, AK
Realtors - Wasilla Alaska

Hey there Miss Marge, looks like we have both been gone for a while. I do hope all is well with you! Jacque 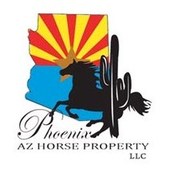