Yesterday would have been my dad’s 74th birthday and I dedicate this week’s article to him. My dad was a court reporter (you know, the guy – mostly women now – who “types” on that little machine in the courtroom.) It certainly wasn’t a common job when I was growing up and most people didn’t understand what he did.

He worked for the District Attorney’s office and when there was a crime committed, he was “on call” to take someone’s confession 24 hours a day.

The testimony he took was secret but he did tell us that a kid on drugs shot and killed his parents and four siblings. The kid’s name was Ronald DeFeo, Jr., and he lived in the next town over from ours, Amityville.

Fast forward to July 27, 1979 when “The Amityville Horror” was released in theaters. It told the “true” story of how a family (George and Kathy Lutz) moved into the house 13 months after the murders and could only live there for 28 days because it was haunted. The story was full of paranormal activity that drove them out.

The first movie made $86 million and there have been nine more movies based on or about the story since then (most recently in 2011.) The movie came out the summer of my high school graduation and after we saw it, we drove to the house.

You could not drive on the street. Cars were parked everywhere except in front of the house, which had “No parking” signs put up by the county. It was an unbelievable sight. What I didn’t know is that this had been going on since 1977 when the book first came out.

This is probably one of the most famous examples of what’s called a “stigmatized property” in real estate terms. There are many others (think Manson, OJ Simpson’s ex-wife Nicole, Gianni Versace - just to name a few.) We hear stories every day about people who are the victims of brutal crimes that happen in their homes. What happens when those homes are sold? Are buyers (or tenants) protected so that they’re informed of the history of the house?

The answer varies from state to state and has been the basis of many lawsuits over the years (click HERE for a great article on the subject.)

Nevada’s stigmatized property law contains a list of certain facts that a licensee does not need to disclose. These include murder, suicide or a death by any other means unless the death was caused by a condition of the property (for example, faulty wiring.)

Also covered by the law are occupants who had HIV, if the property was the site of a felony or any other crime or whether a sex offender resides or is expected to reside in the community. It does not have to be disclosed if there is a facility used for transitional housing for released offenders either.

In today’s market where homes are being sold as foreclosures and there’s no disclosures of any kind available from the former occupants, it’s important that buyers do their own research to find out any history that may have an impact on their quality of life in the property.

Back to Amityville, the Lutzes were told by the real estate broker what had happened in the house, which was why the home was being sold for such a low price ($80,000 for a 6 bedroom home with a pool in 1975). They decided the murders were not an issue.

After their 28-day stay filled with supposedly horrible events, they left the home and it’s since been sold a few times over the years. In March, 1977, it sold for $55,000. There have been so many tourists to the street, that the house had to be renovated to alter its look and the address has been changed as well. The house was last sold in August, 2010 for $950,000.

Taking this one step further, a home’s history can have an effect not just on the homeowners, but the neighbors, too. While this is an exteme example, it might be worth your while to do a little research to see if there are any skeletons in your new walk-in closets.

Next week, I’ll tell you what has to be disclosed by a seller and what exactly “as-is” means to a buyer.

Mark Karten writes a weekly blog on www.TKGLasVegas.com.  You can view his previous articles by clicking HERE.

Mark... so crazy to read about this since our office is in Massapequa which is very close to Amityville. In fact several years ago we made an offer on the house to the South of it...

The Amityville Horror sold last year for over a million bucks.. so the reputation didn't hurt but helped...

Happy Birthday to your Dad... I'm sure he would have liked the fact that you dedicated this post to him..

Thanks for writing!  I'm originally from Farmingdale and all my friends lived in Massapequa.  Ah, the old days.  I was just telling my wife about Carmans Road and all the stores that were then was I was growing up.   It's a small world. 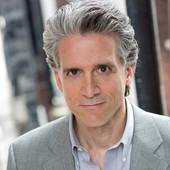