The positive growth comes in contrast to a 3.2 percent decline in public spending compared to last March and a 1 percent drop from February of this year.

Despite dwindling government investment, private spending was up in both residential and non-residential construction, signifying a possible improving economic climate.

Single-family home construction was also on the rise along with non-residential commercial and office construction, increasing 10.3, 9.4 and 8.6 percent, respectively. Miami is one of the top leaders alomg with Surfside, Downtown Miam and South Beach.

There is nothing like South Beach and the part of Miami you are in. What a spot to wake up to every morning.

This is great news.  New home construction is a leading indicator of the state of the economy.  In Austin, our supply of homes for sale (inventory) is at a historical low.  We need more! 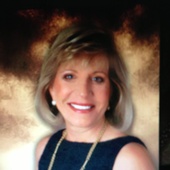