Pending home sales increased in March and are well above a year ago, another signal the housing market is recovering, according to the National Association of Realtors®. The Pending Home Sales Index,* a forward-looking indicator based on contract signings, rose 4.1 percent to 101.4 in March from an upwardly revised 97.4 in February and is 12.8 percent above March 2011 when it was 89.9. The data reflects contracts but not closings.

Lawrence Yun, NAR chief economist, said 2012 is expected to be a year of recovery for housing. “First quarter sales closings were the highest first quarter sales in five years. The latest contract signing activity suggests the second quarter will be equally good,” he said.

“The housing market has clearly turned the corner. Rising sales are bringing down inventory and creating much more balanced conditions around the county, which means home prices will be rising in more areas as the year progresses,” Yun said. 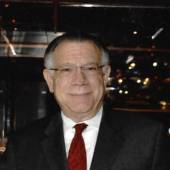