This is the 4th time I've blogged about my Texas Rangers on "Texas Rangers Tuesday"...and I keep on thinking that EVENTUALLY I'll have bad news to report. Not that I in any way, shape or form WANT to report bad news...but I want to be realistic and think that certainly there's going to be weeks with less than stellar performances.

To recap the first month of baseball - the Rangers have won every series they've played with the exception of last week's series against the Tampa Bay Rays. So that's my bad news. My ONLY bad news. I'll take it!

Here are some highlights from April:

-The Rangers have the BEST record in the Major Leagues. THE. BEST!!!

-ESPN's Power Rankings have the Rangers sitting at #1

-Our bullpen has one of the LOWEST ERA's, with our Starting Rotation #4 in the Majors and 16 quality starts.

-Josh Hamilton leads the American League in Homeruns and RBI's, with Mike Napoli 5th in Homeruns.

-The Ballpark in Arlington has had 5 sell-out games so far, and is on track to break the 3-million mark for attendance this year.

The Rangers are currently on the road, not returning to Texas until Mother's Day weekend where they'll take on the Los Angeles Angels. My family will be attending ON Mother's Day - all 23 of us! Yep, we turned it into a mini Family Reunion of sorts and I couldn't be more excited!

I do feel if they can get their timing down, avoid injury that this year will be their year. But last year they were on the same path and just couldn't close the deal. 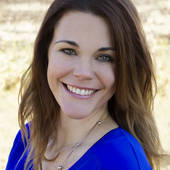 As a McKinney Texas REALTOR I'm proud to say that I live here, work here and play here! My blog will feature real estate information & market activity specific to McKinney, Allen, Frisco, Plano, Prosper and surrounding Collin County cities. Whether you are a local buyer, seller, renter, resident or fellow agent, I hope that this blog will provide insight into what makes McKinney and Collin County so unique!