Todd Ponath/tponath@jcpgroup.com
Dave Morris at his Hartland Farm.
An expanding world food market, a shrinking American dollar, and The Great Recession have helped pump new life into farming in Lake Country - perhaps even preserving it.

An increasing consumer demand for locally grown meat and produce, along with a rising number of local farmers markets and co-op arrangements, have provided Lake Country farmers with new opportunities to market directly to consumers in a Wisconsin-Illinois market of more than three million people.
"The ag economy is as strong as I have seen it," said Dave Morris, whose family owns about 180 acres in the City of Delafield and leases another approximately 800 acres scattered through the region.

Although 25 percent of the land in Waukesha County is still used for agricultural purposes, many thought only a few farms would survive because real estate developers were paying inflated prices to gobble up farms in the 1990s and early 2000s.

That came to a screeching halt in 2007 when the Great Recession struck and the housing bubble burst. Developers who paid those inflated prices cannot find builders for new homes, and they cannot sell the land, either.

"There are a couple of subdivisions that we are farming because there is nothing else to do. The developer isn't able to do anything with the land, and he can't sell it," according to Rob Schuett of Mukwonago, who farms about 1,000 acres in southern Waukesha County.

Siepmann acknowledged that his company has about 1,000 acres being leased to farmers because the land "is not going to be developed for a while."

Meanwhile, commodity and beef prices have been climbing because of an increased world demand for American food products at a time when the value of the American dollars has been shrinking.
"People in the world need food. In the United States, the one thing we can produce very economically is food," according to Morris.

"China and India are areas in the world where there is a rapidly growing middle class. There has been a tremendous food vacuum there. Now, more and more people there want to eat a healthier diet," explained John Koepke of the Town of Oconomowoc, who farms nearly a thousand acres in the northwest corner of Waukesha County and raises more than 300 dairy cows.

"There has been a tremendous demand for meat and dairy exports. The weaker (American) dollar hasn't hurt either, which makes our products affordable to foreign markets," he said.
"The state of the farm economy generally and locally is very good," Koepke concluded.
But there are exceptions.


Not everything is rosy

Mike Fryda, who owns a 30-acre dairy farm wedged between a stone quarry and a gun club in the Town of Lisbon, says the state of his farm economy is "not very good."
"Milk prices have gone down, while the commodity prices have gown up," said Fryda, who leases another 360 acres of corn, soy beans and wheat.
Fryda said the price for his milk has dropped nearly $6 per hundredweight. The U.S. Department of Agricultural is predicting milk prices will be at least $3.10 per hundredweight lower this year than in 2008. But agriculture fared better than the rest of the economy in 2011 and will likely do so again in 2012, according to The Status of Wisconsin Agriculture, an annual report prepared by the Department of Agriculture and Applied Economics at the University of Wisconsin-Madison.
"Wisconsin farmers as a whole earned a record high net farm income of $2.4 billion in 2011. This was up about $350 million from 2010 and three times the very depressed level of $800 million in 2009," according to the report.
Agriculture pumped nearly $890 million into the Waukesha County economy last year, according to the University of Wisconsin Cooperative Extension.
Agricultural-related businesses employed more than 3,000 workers in the county who contributed about $207 million to the county's total income, according to the extension service.


A history of farming

Waukesha County and the Lake Country region are rich in agricultural history. Between 1918 and 1959, the county assumed the titled "Cow County USA" because of its large number of dairy farms and cows.
The state's first aboveground silo was built near Ashippun. Groundbreaking research was conducted on the Pabst Farms near Oconomowoc, according to Koepke, who also noted that the first farm implement with rubber tires was tested in the Town of Waukesha.

Farmers interviewed by Lake Country Publications were generally optimistic about the future, despite drastic declines in the industry during the past half-century.

Between 1969 and 2007, the number of dairy cows in Waukesha County dropped from 15,263 to 2,756, an 82-percent decline. There was a 92-percent reduction in dairy farms during the same period, according to Southeastern Wisconsin Regional Planning Commission (SEWRPC).

However, there are still more than 90,000 acres of land in the county devoted to agriculture. Waukesha County and some municipal governments have adopted land-use and tax policies that encourage the preservation of agricultural land, including agricultural enterprise zones in the towns of Oconomowoc, Ottawa and Eagle.

There are 86 Waukesha County farms, including nearly two dozen in Lake Country, that generate more than $800,000 annually in sales through farmers markets, roadside stands, pick-your-own operations and community supported agriculture (CSA) operations where consumers can purchase food directly from farms, according to the extension service.

Professor Steven C. Deller of the UW-Madison Department of Agriculture and Applied Economics said this so-called "local foods movement" is significant because it provides new revenue streams for agriculture and offers farmers with new opportunities to diversify.
Diversification is important to survival, according to Lake Country farmers who think the housing market will eventually rebound, and real estate developers will again start paying higher prices to buy up farmland.
"There is going to be farming in the future; it is just going to be a different kind of farming," Fryda said.
Fryda said selling manure is an example of diversification. He said consumers, particularly those involved in organic farming, will drive several hours to purchase his manure.
Wisconsin is second only to California in the number of certified organic farms in the United States.
Fryda admits he does not make large profits off the manure, but "it helps make ends meet," and it is rela tively inexpensive to produce.
The Koepke farm is producing a new line of artisan cheeses. "La Belle" cheeses are sold at Piggly Wiggly grocery stores in Hartland and Oconomowoc and are available at farmers market.

John Koepke is optimistic the new cheese product will provide a revenue stream that is more stable than volatile commodity and dairy prices. According to the Farm Fresh Atlas, there are 65 farmers markets in Southeastern Wisconsin, nearly a dozen of them in Lake Country.

Morris said Lake Country farmers have a marketing advantage being located in the midst of so many farmers markets and between the Milwaukee and Chicago metropolitan areas. He said locally grown food production for sale to local consumers could be the future for some farmers.

"It is very viable if you are in a heavier metropolitan area. You don't need a big tract of land, and people are willing to drive a few miles to get it," he said.

"The significance of it is that it might make people think differently about agriculture. Instead of getting all of their food from a grocery store, they might want to visit a farm," Morris concluded.
Schuett said he might increase his production of locally grown food to sell to the "agritourist," many of them from Illinois, who flock to his farm.. The farm, with its corn mazes, happy faces painted on rolled hay bales and seasonal sales of pumpkins and Christmas trees, has become an iconic landmark along Highway 83.
"On the weekends, our phone rings constantly. They come from Illinois. They will pick their pumpkins. They will go to the corn maze, which might take two or three hours. Then they will go on a hay ride. That is what they want do. Spend the day on a Sunday afternoon," he explained.

"If development comes back, and a lot of the land is gone, you have this stuff to fall back on. You have to diversify like in any other job," Schuett added.
And he has learned agritourism tends to be recession proof.
"People who are hurting or out of job come back. They can't make that big destination trip to Disneyworld. But they will come to visit the corn maze. They can afford that."
Like favorite_border
favorite_border 0
Re-Blog
repeat 0
bookmark_borderbookmark 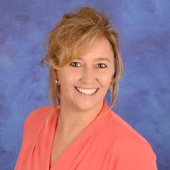