I thought this was an interesting read.

More consumers may be looking to purchase homes with a shift in several key housing market indicators, according to Fannie Mae’s March 2012 consumer attitudinal National Housing Survey. More Americans now expect both home rental and home purchase prices to increase over the next year. In addition, confidence in consumers’ views of their own finances is stabilizing. These trends may be providing Americans with an increased sense of urgency to buy a home as 73 percent of Americans now believe it is a good time to buy a home, up from seventy percent in February.

“Conditions are coming together to encourage people to want to buy homes,” says Doug Duncan, vice president and chief economist of Fannie Mae. “Americans’ rental price expectations for the next year continue to rise, reaching their record high level for our survey this month. With an increasing share of consumers expecting higher mortgage rates and home prices over the next 12 months, some may feel that renting is becoming more costly and that homeownership is a more compelling housing choice.”

Homeownership and Renting
Thirty-three percent of respondents expect home prices to increase over the next 12 months, a five percentage point increase from last month, the highest level over the past 12 months.

The survey shows that, on average, Americans expect home prices to increase by 0.9 percent over the next 12 months (up slightly since last month).

Additionally, 39 percent of Americans say that mortgage rates will go up in the next 12 months, a five percentage point increase from last month.

On average, respondents expect home rental prices to increase by 4.1 percent over the next 12 months, a significant increase since February, and the highest number recorded to date.

Forty-eight percent of respondents think that home rental prices will go up, a three percentage point increase from last month and the highest number recorded to date.

Only 12 percent think that their personal financial situation will worsen in the next 12 months, consistent with February as the lowest value in over a year, and tied with January 2011 for the lowest to date.

Twenty-one percent of respondents say their income is significantly higher than it was 12 months ago, up 1 point versus February, while 63 percent say it has stayed the same—consistent with February’s values.

Thirty-four percent say their expenses have increased significantly over the past 12 months (a slight increase of one percentage point).

Yea!  I love positive news!  Thanks. 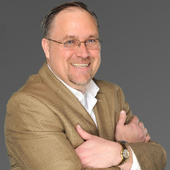