Credit reporting errors are hard to correct, according to a recent article in the Columbus Dispatch.

Reporters Riepenhoff and Wagner studied the complaints made by consumers to the Ohio Attorney General's office and the Federal Trade Commission.

The conclusions they drew as a result of their study was that the credit reporting system badly flawed. Consumers of all kinds, especially potential homeowners are being denied credit unfairly.

Many consumers' attempts to correct their records are being ignored, they reported, and there does not appear to be any way to force the reporting agencies to take action.

As Realtors and lending officers we see the results of this problem on a regular basis.

Politicians at all levels are beginning to recognize this as a safe issue to promote, and even President Obama has taken note, according to the reporters.

Well, in my opinion its about time! I believe that there must be a way to bring the reporting agencies to heel. There should be a procedure to penalize those who fail to take the action needed to correct a record -- more than just a ruling from the FTC or the Attorney General's office.

I have suggested in the past that it should be easy to bring at least a small claims action to force these agencies to do what is right.  Have any of you been successful in forcing a correction that had been previously ignored or wrongly "verified"?

As a minimum, we all must contact our government representatives at all levels and ask them to support the needed legislation.

Hi Thomas - you're right correcting credit reporting errors is difficult.    Consumers with these types of issues should be careful with the companies they choose to work with to "right the wrong" --- according to Dave Ramsey the number of complaints against credit repair companies is quite high.

Michael: thanks for stopping by.  I am surprised that there have been no comments other than yours on this post. Maybe no one else feels that this is a problem. 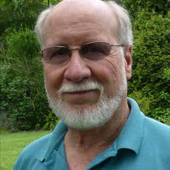 over 5 years ago
bookmark_border
Latest Trends in Home Design and what is in and ou ...
View more Recent Posts   arrow_forwards