The best listing. It was the William Black Homestead. This property was the most northern captured property by the Confederate Army General R.T. Ewing. He held it for one night and kept the owners locked in the basement. The next day he was called to The Battle of Gettysburg. It property is also written about in the book Historic Homes of 1776. Not only was it a Historic in the sense of Gettysburg it also had markings of the underground railroad on the floors rafters discovered during restoration.

So a husband and wife get a divorce. The wife executes a listing agreement and the husband said he'll probably sign it after the meeting with the judge. Did he say Judge? I completed a listing agreement and asked him to present his listing to the judge as well. I made sure everything was accurate and suggested that he ask the judge to look over both agreement for any mistakes. I had the feeling the other listing agreement might have mistakes in a particular section the was new on our listing agreements. It allowed for additional fees over and above the listing commission. I was right. The broker had charged 6% plus and additional six percent. when it should have been a small dollar amount. It was a confusing practice in the beginning for many agents and for me it was the attention to detail that came through.

As professionals in any discipline we owe our best to the client.

I double bagged the deal. Best of all I signed as a witness on the deed. I wrote my signature perfect at closing that day.

With regard to the Neefe restoration of the William Black home in New Cumberland-  Your comment about  "markings of the underground railroad on the floors rafters discovered during restoration" is totally inaccurate.  No such evidence was found, none exists, and your comments are misinformed.  I have first hand intimate knowledge of the home's restoration.  The only thing of interest found in the rafters (and they are still there as far as I know) were human teeth.

You may be confusing the property with the Benjamin Mansion in New Cumberland (now the public library).  There was considerable folklore about that home being used in the underground railroad.  An archaelogical excavation was conducted to find proof.  None was found.  I suggest you seek out Gilbert Beckley's books on New Cumberland and Cumberland County published in the 1970s.

If you need further information or would like primary or secondary reference materials on the history of the Black home please contact me at POB 422, New Cumberland, PA 17070. 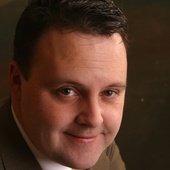