The Wells Fargo Championship celebrated it's 10th Anniversary in Charlotte this past week. I enjoyed working the tournament for the 8th year and I can only say it gets better and better each year. As a Tournament Ambassador I have enjoyed many great moments getting up close to all of these fine golfers. These guys are certainly the best in the world.

Not only was the venue, the Quail Hollow Club of Charlotte in excellent condition, as it always is, but the tournament was managed to perfection. There is so much hard work that goes into a tournament like this ... 8+ months of preparation and an untold number of hours put in by the volunteer Ambassadors.

And once again, we had what we are known for on the PGA Tour ... a sudden death playoff. It's practicularly a given that we will have a tie at the end of regulation and must move to sudden death. This year Ricky Fowler, Rory McIlroy and D.A. Points were all tied at 14-Under ... after one hole of sudden death it was Ricky Fowler nailing his approach shot for an incrediable Birdie on the Quail Hollow 18th and clinching his first PGA Tour victory.

I can't wait until next year! 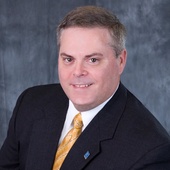 Real Estate General Information about 11 years ago
bookmark_border
What to do This Weekend in Charlotte - 34th Annual ...
View more Recent Posts   arrow_forwards

Welcome to my Blog. Here you can learn more me and my thoughts on the Charlotte real estate market as well as real estate in general. Feel free to post comments or to contact me directly with your questions. Explore the links and search for your next home. And remember, if it's important to you ... it's important to me!