APei Wei Asian Diner that offers fast, eat-in or take-out orders is finally scheduled to open in central Phoenix, on May 28.

"We heard it was coming," said Nick Scott, a captain at Phoenix Fire Station No. 4, located just a few blocks from the future site of the long-awaited Pei Wei Asian Diner at the corner of Seventh Avenue and McDowell Road.

"We've all eaten at a Pei Wei before and it's good food and this one will be close," Scott said

Fire crews at Third Avenue and McDowell aren't the only ones who have heard for more than a year that there would be not only a Pei Wei but also a Starbucks coming to the Seventh Avenue location.

"I can't comment on that (Starbucks) right now," said Nick Davis of Indianola Partners, part owner and developer of the property. Nor would Starbucks.

"We can't confirm that we're opening a store at that location," was the conveyed response from Tami Liebertz, regional marketing director for Starbucks.

But Laura Cherry, media contact for P.F. Chang's Bistro and owner of Pei Wei, said May 28 will be the grand opening for the Asian-fusion diner.

To restore the building that Davis believes was constructed in the 1920s, crews have torn down latter-day additions such as a nearby convenience mart and gas station remnants.

"We wanted to bring back the red-brick structure," said Davis, who suspects the building was once a fruit and vegetable warehouse.

"It was originally just a bowstring truss warehouse that had a curved roof," he said. "Then after that, someone added a building to the south of that, which was two-story and then another extension was added to the west that was also two-story."

Soon it will have a patio with lush plants.

Although the building has been vacant for some time, creating an eyesore for the four historic neighborhoods that meet on the corner, most recent tenants included a bar, chicken-wing joint, photographic studio and used appliance store.

Susan Cramer, who lives nearby in the F.Q. Story Historic District, was not sorry to see them go and even happier that the building was saved and restored.

"I would have been really sad if they had built some new building there," Cramer said. "This one will fit the character of the neighborhood and I think it will be a big step to improving the stretch of McDowell Road that is important to our neighborhood."

She's also not sad about the proposed bill of fare to be served there.

"All the neighbors are excited and since I live only a block and a half away, if I shoot down the alley and up Seventh I'm there," she said. "Hot and sour soup and lettuce wraps are the perfect dinner."

To the north, Willo Historic District resident Bob Cannon isn't as thrilled with a Pei Wei as he is with the prospect of a Starbucks.

"I'm excited about that because I can walk there," he said. "It just might be the new weekend hangout."

But there may be even more to stir up the adjoining neighborhoods.

Although Pei Wei and a rumored Starbucks will occupy the downstairs portion of the brick building that runs some 5,100 square feet, there's still 1,600 square feet of upstairs space available.

Some neighbors can't help but pull for their favorite new tenant.

"I'd sure like to see a bookstore there," Cramer said. 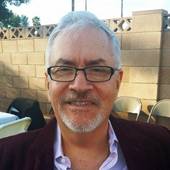