Here is an excerpt from an email I received from Hexter Fair Title today.  It includes comments by Britt Fair, who compiles a Market Report each month for the North Texas area based on the sales volume listed in NTREIS, the MLS provider for our area.

April was another strong month for North Texas housing, with dollar volume up 20% over last April.  That year-over-year dollar volume change was caused by an increase of 11% in volume and an 8% increase in average price of homes sold.  In fact, this April was the 3rd highest dollar volume of NTREIS April home sales of all time (only 2006 and 2007 were better).  To be fair, this stat should improve each year as North Texas population grows, but it’s good to be back on that track!

The other thing that a lot of folks are asking about is whether DFW home prices are really increasing.  I do not believe that houses have appreciated 8% over April of last year – some of that increase appears to be related to the change in the mix of homes sold, as homes above $150k are performing better than homes below $150k. But then again, the price per square foot was up 6% in April (versus April 2011), so it does appear that there is finally some good, old-fashioned price appreciation to go along with the skewing effect of the change in the housing mix!

If you are considering selling your home and would like to receive information about the current market value of your home in Collin County, give me a call ~ 214-994-6474

Hope all is well with you and family!

Thank you Ellen!  We're still wading through some stuff, but it's going to be okay.  Thanks for stopping by! 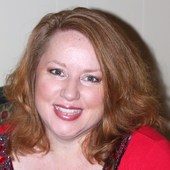