Near the fishing village of Southport NC and 28 miles offshore of Bald Head Island, known to local fishermen as "the tower," lies the once abandoned Frying Pan Tower. This is a story dreams are made of ... the story of a man whose winning bid at a government auction for $85,000 began a painstaking journey taking the abandoned steel structure and converting it into a fisherman's blue water B&B. (all rooms guaranteed ocean front :) Adventure travelers can also reach the tower by helicopter. Much of the interior work has been done, but there is a still a long way to go...mostly on the outside of rusty salt-beaten structure. Reservations being excepted for the 2012 season. Who wants to go??? (photo courtesy of Frying Pan Shoals Light Station) Groups:
North Carolina Fun Things to Do and See
Posts to Localism
Things to Do/Places to Visit
Coastal Carolinas
Sunrises and Sunsets

Vicki, That would be a cool Bed & Breakfast to stay at!  I bet that the reservations go pretty quickly!

Vicki, what a stunning photo taken near the fishing village of Southport NC!  From one buyer agent to another, have a great day in real estate!

Now that would be a very radical bed and breakfast. Amazing photo 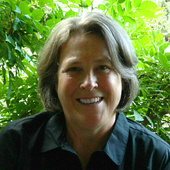 Vicki Burton is a local Buyer's Agent and 30-year resident of Southport NC. Whether you dream is to find the perfect cottage in Downtown Southport or a home in one of the many surrounding communities, Vicki can show you the best properties currently available that match your criteria