I received my real estate license in January of 1982, yes I know that's a long time.  In 1981, I was going to school and working at Sears trying to figure out what I wanted to do with my life.  My mom mentioned real estate and it just happened that Century 21 was going to be doing a introduction class about real estate that week.  I attended the class and thought it was interesting so I decided to sign up for the class that preps you for the state exam. A few months later I was taking the exam and passed.

Now what?? I called a local Century 21 office and told them that I passed the exam and they had me come in. Within 2 months that office was closing (interest rates were 16-17% and it was a tough market) and I followed my manager over to another Century 21 office which was the best move ever for me. I was taught the basics of writing offers and doing presentations. I learned how to use the Realty Blue Book (those of you who were around know what that was), we had our MLS books delivered twice a month and received our Daily Hotsheets for the new listings, expireds and so on.  I went to a few seminars about prospecting and sales that helped my production. In 1983 I went full time which was a scary thought.  We presented offers face to face with the sellers (both agents were there). Almost forgot, the lock box was opened by this little key and if you lost it anyone who knew what it was could use it.  Oh yeah, the purchase agreement was 2 pages:)

A few years passed and the next training was the Dial Up MLS, this is where you dialed into the mls and put the phone into this box thing that printed out the mls (killed a lot of trees back then).

In the late 1980's came the computer that stored less data than my Iphone I currently have but it was wonderful compared to the Dial up box.  Even though you had to dial up to get to the MLS at least you could see the information on the screen. The next fun thing to learn about was the mobile phone which weighed about 10 pounds and the cell bill was crazy high. Throughout this time I continued to build my business and had some highs and lows with the business. I decided to try something different for my business and that was to hire an Ad Firm to promote myself. The agents in my area thought I was crazy but it brought a lot of referral business from other areas.  I believe the purchase agreements were now 4 pages.

Into the 1990's, I moved to a different company after 10 yrs with the same one. The next learning curve was about the Web (Internet).  First was the web page then the web sites and so on. I was also going through the second recession of my career but this time I was married with two children but we got through it.  The MLS was getting better and the computers faster and my cell phone I could actually hook to my belt and not worry about my pants falling down. By the end of the 90's the technology was incredible.  It was common practice to either drop offer an offer you wrote or faxed it to them instead of meeting face to face (I do miss those times).  Lock boxes became electronic and purchase agreements were about 6 pages now.

Going into the 2000"s the market was heating up and the technology was even better.  We had 800 #'s to use and we were emailing more and finally started to email offers instead of faxing. Then came property web sites to promote your listings.  By 2006, the market was overheating and I told my wife that it seems just like 1990/1991 before the market fell.  Boy was I wrong, it was much worse.

The last few years we have learned to use Social Media to promote our business and use Electronic Signatures for contracts.  The latest that I am learning is going paperless, do my presentations on an iPad, and actually writing an offer on it and the client signing their names from the iPad, no electronic signature. We also have paperless transaction platforms like Skyslope to help track paperwork online.

It's been an interesting 34 yrs with it's high's and low's but what a ride. I hope to be learning for another 15-16 yrs. before I retire.

Almost forgot, the purchase agreement is now 10 pages, now that is crazy compared to 2 pages when I started. I'm sure I've missed a few things during that wide span but I'll blame it on having a senior moment.

Even every sale I learn something, because something new happens. We have some much training I want to take to learn even more.

That was great Ken. I started in the business in 2003. By that time this was already an internet business. But it still amazes me that there are agents who won't carry a cell phone or use email!

Hi Ken, I really enjoyed your story.  I have only been in this biz for over 3 years now so not much has changed, except our local association has made a big push to using electronic lockboxes, but not everyone is on board with that yet.

One thing you mentioned sticks out wth me, that is your loyalty to one company for the first 10 years.  I have met several agents with under 5 years in the business and they have worked for over 5 different firms.  To me that seems like a detrimental thing for one's success.

Congratulations on your lengthy career and wishing you many more successful years to come.

You have aged gracefully my friend!  I like your post because it really opens things up for those greenhorns who think they got it bad.  The business is so much easier these days and I started in 1997.

I agree about always learning -- which is one of the reasons I'm here :-)

It's a fun career choice because you can take it as far you want to and gain in understanding all along the way.

Yes we have come a long way ... I remember the big MLS books and the funky dial up terminal that printed minimal mls data. It stilled seemed a lot easier to me back then, though.

Hi Ken, what a great story!  And I started in 1988, I remember when the purchase contract was 2 pages and then it went to 4 pages, we all gasped!  Also I remember how "great" the fax machines were with the thermal paper... until we found out about FedEx overnight.

Ken, you did not mention when the second picture was taken - just said, few years ago....and few may mean two or ten...lol.

On a seruous note, enjoyed reading your journey from Century 21 to 21st Century. Yes, we always learn....always.

Like
Jackie Hillen
Melson Realty - Porterville, CA
Tulare County ~ (559) 999-8088
Ken - great post - I was not selling RE back in the day of the MLS book - but I remember my mom using them - she always had notes, circles and folded pages in them. How fun it would be to find one of those old books.
Like
Jamie Magness
Keller Williams Realty Professionals - Baxter, MN
Distinctive Properties

Great post Ken. I tip my hat to anyone who has been in real estate 20+ years!

Ken, my Wife got her real estate license in 1982. Those were some pretty tough times. I waited until 1985 and its been a learning experience ever since.

Ken, I do agree that there's always something to learn. The strange part is the technology aspect that has quickly evolved these past few decades was meant to make things easier but hasn't. How incredible. Love your blog:)

Like
Cheryl Ritchie
RE/MAX Leading Edge www.GoldenResults.com - Huntingtown, MD
Southern Maryland 301-980-7566
Sometimes you feel like you got a new job and did not apply for one! I have an iPad Realtor Apps Group on Active arain where I routinely post my iPad discoveries!
Like
Jeffrey Funk
eXp Realty - Windermere, FL
Broker Associate | Team Leader

Ken - nice post! Our industry IS ever changing, and it sure does keep us on our toes. Congratulations for being in the industry 20 years!

Hi Ken, great post that brought back some memories. I started in the early 90"s when voicemail was the new hot thing. That began the unchained movement from the desk. A voicemail could call your pager even when you were not there. It was amazing back then.

Hi Ken, this was a wonderful post! It's these advances in technology that give virtual assistants like us our jobs! We make it a priority to keep up with the latest marketing tactics and methods for promoting listings and real estate businesses. It is indeed so interesting how far the industry has come, technology-wise, in the past 25-30 years. The possibilites really are infinite, and real estate agents have a great opportunity to use several mediums to market themselves, their business and their listings. This post was an excellent way to show how things have evolved, and are still evolving. Thanks for the post! We'll have to come back and read more :).

Like
Karen Crowson
Coldwell Banker Residential Brokerage - Rancho Bernardo, CA
Your Agent for Change
Ken, I enjoyed going down memory lane with you. I wasn't in real estate in 1992 when I sold a house. But with historical perspective I can now understand why it took 4 months. It feels like we are coming out of this downturn, albeit slowly.
Like
chevron_left
Older Post
Back to Top
Newer Post
chevron_right
Rainmaker
205,153 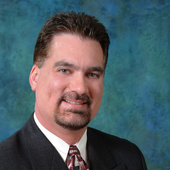