One day a man was walking along the seashore. He noticed that during the night many seashells and starfish had washed up on the shore. Thoroughly enjoying the morning sun and cool sea air, the man strolled for miles along the sand.

Far off in the distance, he saw a small figure dancing. The man was joyous that someone was celebrating life in such a grand and uninhibited manner. As he drew closer, however, it became apparent that the figure was not dancing, but repeatedly performing some act.

Approaching the small figure, the man noticed that it was a child. The girl was methodically picking up starfish from the shore and tossing them back into the surf. The man paused for a moment, puzzled, then asked, "Why are you throwing those starfish back into the ocean?"

"If I leave these starfish on the beach," she replied, "the sun will dry them, and they will die. I am throwing them back into the ocean because I want them to live."

The man was thoughtful for a moment, impressed with the child's thoughtfulness. Then he motioned up and down the miles and miles of beach and said, "There must be millions of starfish along here! How can you possibly expect to make a difference?"

The young girl pondered the man's words for a moment, then she slowly leaned over, reached down, and carefully picked up another starfish from the sand. With a gentle effort, she lobbed the starfish back out into the surf.

She turned to the man and smiled. "You may be right," she said, "but I made a difference for that one!"

Pat, thanks for posting - I needed this reminder this morning.  This is an awesome story that we use in explaining the impact we can have on the kids that come to the camp my wife and I are involved in.  I slso try to incorporate this concept into my day to day business - making a difference to each family we are able to help finance their home!

As Paul Harvey would characterize it, the "Rest of the Story" is that the man began helping the little girl throw starfish back into the ocean.

Each of us has a moral obligation, we believe, to make a difference....one step/fish/toss at a time.

HI sweetie, nice seeing you in the blog role...I love this and I am suggesting it!  I will have to pass it on too :-)

Hi Pat, making a difference, one person at a time, is really all we can do. We save the world one at a time. I have always liked the starfish story. I hope you are doing well.

Thank you every one. Go out and make a difference each day in the life of one person.

What a touching story, thanks for sharing it with us.

Hi Pat. I have always liked the starfish on the beach story AGAIN, and ALL of us make a difference one moment, one person at a time. New last name there for you??? There's a story there somewhere but I don't know what it is <SMILE>. This is like deja vu coming back to this post in July. Wow I am so confused LOL. 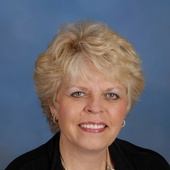