I think it is a great idea to check a landlord's background. I believe to do so on both sides makes more sense. I didn't hear any of those stories yet in AK. But better to be aware.
Thank you, Mike. That was interesting. the previous owner.  He never bothered to tell his tenants that he had been foreclosed.  As a matter of fact, his former tenants have paid him rent for the past three months.  I'm sure he's laughing all the way to the bank.

That scenario, and the same generated by the increase in short sales, has caused a new rental phenomena.  Potential tenants are running background checks on landlords.  Is that out of line?  Maybe, but in the environment we currently find ourselves in it may not be as bizarre as it sounds at first glance.

Think about the horror stories you've heard about a scam artist re-keying the doors on an abandoned house.  Sometimes, he re-keys a listed home.  Regardless of which, he lists it on CraigsList.com.  Soon after, a potential tenant comes long and fills out an rental application.  The potential tenant is immediately approved.

He brings cash or a certified check for first and last month's rent, a security deposit and he's handed the keys.  He may have coughed over $5000 in that last meeting.  He moves in and expects to enjoy his new home for the next year.

A month later, a real estate agent shows up to have the house re-keyed because it has been foreclosed.  He finds a tenant in the house.  The tenant shows his lease, but his lease was written by a fictitious homeowner who is long gone and spending the his money.

According to an article on Chron.com, "New Trend - Renters Running Background Checks on Landlords," this is a trend that might have legs.  Renters need to protect their interests as well as landlords.  It's crazy market we're in, and it keeps getting crazier.  Pay attention, and don't get scammed. 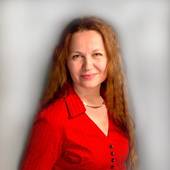 ActiveRain Community over 10 years ago
bookmark_border
What do you think about your body?
View more Recent Posts   arrow_forwards