The gates have opened, but the flood hasn’t started. Bottlenecked foreclosures, locked up in the aftermath of the robo-signing scandal, are slowly trickling down the mainline. The past six months, at least since the release of 2011 numbers of foreclosed home sales, saw a lot of predictions of the housing market becoming paralyzed as foreclosures unfroze.

According to new data released by LPS Applied Analytics, some of those early predictions were, in fact, incorrect. Foreclosure inventory remains near the historic highs seen at the end of 2010. Also in the report, even though first-time foreclosure starts in March hit a five-month high, newly started foreclosures were still down 31.1 percent from the same time last year—signs of an improving market. Mortgage delinquencies continue to decline, reaching the lowest level since 2008. Another positive turn, the number of homeowners who recently (within the past 6 months) defaulted on mortgage payments is down by 6.7 percent.

Another analysis by CoreLogic found that foreclosure inventory is at it’s lowest since 2009, and that there were 69,000 completed foreclosures in March 2012, compared to 85,000 last year. Forty-nine percent of foreclosures completed this year occurred across five states: California, Florida, Michigan, Arizona, and Texas. These numbers are promising signs for Arizona and California, states that endured some of the worst market turmoil.

Improvements Due to $25 Billion Mortgage Settlement

The improvements in the housing market can be attributed to the federal mortgage settlement passed in February. Anand Nallathambi, CEO of CoreLogic, said, “Since the foreclosure inventory is also coming down, this suggests that loan modifications, short sales, deeds-in-lieu are increasingly being used as an alternative to foreclosures to clear distressed assets in our communities. This is what was envisioned with the recent National Foreclosure Settlement, and can often be a better outcome for both borrowers and investors.”

In the $25 billion settlement, banks must pay $17 billion towards relief for homeowners whose homes were foreclosed due to fraudulent foreclosure filings. Of that amount, $10 billion is billed for writing down balances of homeowners at risk of foreclosures. In another stipulation of the settlement, banks can receive credit when borrowers short sell their homes.

As banks sort through their books to determine which homeowners are eligible for relief, housing market pundits turn on their previous predictions. Rick Sharga of Carrington Mortgage Holdings thinks foreclosure activity has plateaued.

There is, however, still a looming threat of a deluge of foreclosed homes on the market from the so-called shadow inventory. As one reporter put it, an increase in foreclosed homes is a double-edged sword, whereby the housing market inches towards stabilization while applying downward pressure on home prices. Some real estate experts wish the foreclosure logjam would just clear up, so that the pace of sales could increase and inventory could be sold more quickly. 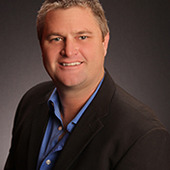