While working with a lot of buyers moving to The Ocean State this year, it got me to really thinking about RI and all it has to offer and all of the reasons to live here. Normally, as an agent, we work in smaller segments of our state. Most agents will service a small number of counties but will comprise a large enough geographic area to keep busy. But for an agent working in RI, we can literally service the entire state. That's right, it takes no more and 1 hour to drive from one end of the state to the other.  Stastically speaking, RI is only 37 miles wide and 48 miles long. Now from a business perspective, it does not make complete sense to do that because real estate is still very local and I cannot know all markets well enough to do my seller or buyer justice. But my point is, because I have sold a house in almost every town in RI, I can honestly say that I know alot about each little town and that is really cool. Which brings me to the topic of this blog, RI and all of its unique qualities makes it a little state with lots to talk about.

RI is divided into 4 geographic regions; Northern RI, Central RI, Southern, RI, and South County, with the latter being the coastal towns and islands communities. RI is named The Ocean State and it is pretty well known that RI has some of the world's most beautiful beaches with over 400 miles of coastline and all Rhode Islanders live within a 30 minute drive to the ocean. Popular things to do is to visit Newport, a wealthy seaside community known for the Mansions that run along Ocean Drive, stop by any of the numerous seafood restaurants for local favorites.And really, doing all of the things that go along with summer on the beach, lazy days filled with sunbathing, street shopping, watching the boats come in.

Just a bit north is farm country. Acres and acres of flat farmland with red barns and silos filled with grain dot the landscape. One of the country's largest turf farm is right here in RI too. Probably because of the consistently flat land. I know a story about a 1800's farmer who chose to set up his shop in this area mocking a friend who chose to stay up north where its rocky and hilly. Why are you up there when you could be here! We will get to that answer in a minute. To celebrate the harvest, RI now offers a series of farm fresh farmers market located throughout the state. Each market has its own specialties. Fresh oysters, organics, grass fed beef, fresh berries, all grown, harvested on these local farms.

When talking about RI, one cannot forget the rich culturas richness associated with the great city of Providence. The official state name of RI is actually, Rhode Island and The Providence Plantations. Providence is known as "The Renaissance City" having been transformed into a vibrant, hip, city with lots to do. Home to Ivy League Brown University, RI School of Design, Emeril Lagasse's Alma Mater, Johnson and Wales University. All these great schools have borne famous scholars, artists, and thinkers. Providence can also say that its restaurants are some of the best in the world.

This brings us to the northern part of our great state of RI to what is aptly named, Northern RI. With the Blackstone River running through many small towns, this part of RI played a major role in the Industrial Revolution that began in England. Wealthy industrialists set up mills along this river to generate power for the spinning machines that would produce textiles for the US Army and for consumers. These mills generated tremendous wealth for the mill owners with machines largely run by children. An unpleasant reality of the time but many of these "workers" were poor immigrants that came to America looking for opportunity. So a guarantee of a job was met with honor over disdain for the owners.When I think of Northern RI, I think of its historical significance. What came out of the new wealth is a plethora of beautiful architecture from the late 1700's to the late 1800's. Early Colonial, Greek Revival, Federal Colonial, homes can be found on every street. Just a short drive west and north of Northern RI is what I call lake country. Numerous, beautiful lakes with lakefront homes make for the quintessential New England Summers by the lake with boating, fishing, swimming, and plain old lazy days reading books. That's my kind of summer.

With fine dining, rich culture, lots of great history lessons, bold architecture, and deep traditions, Rhode Island  is a wonderfully diverse state to live in, to visit, and to learn more about.See my next blogs about each community with video.

Rhode Island is one of our favorite states, hikes, beach, fine dining it has it all, enjoy. 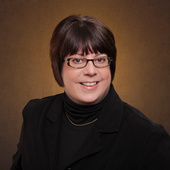 ActiveRain Community over 8 years ago
bookmark_borderbookmark
Rhode Island is small but has a huge lifestyle to ...
View more Recent Posts   arrow_forwards