As a backup to a blog I just posted, I thought I would also show some numbers to all those LO's out there who are being told you have to only do Purchases because if you stick to refis, when the rates go up you will be out of business.

Refinance originations are now expected to total $870 billion in 2012, an almost identical amount to 2011. MBA is slightly lowering its purchase originations forecast for 2012 from $415 billion to $409 billion."

Just some fun numbers for you to look at today. Now go Originate! 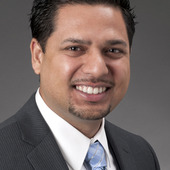