Home > Blogs > Robby Leviton > Knowles Team Blog
bookmark_borderbookmark
Way back in 2007 federal legislation was enacted to help reduce the terrible burden the then-IRS tax code levied on homeowners who were losing their homes in a foreclosure or a short sales.
You see the IRS considers any forgiven debt as ordinary income and subject to taxes as such. Let’s say your best friend from third grade loans you $50,000 just because, well, just because you are best friends from third grade. You pay back $10,000 on a payment plan as promised. Then your best friend says, “You know what? Let’s just forget about that other $40,000. Let’s just call it even. I mean, after all, we are best friends from third grade!” No. Really. It could happen. Go with me on this.
From the IRS’ perspective you need to report $40,000 as income and that would result in taxes due to them of around $12,000, give or take a few bucks. Yuk!
Now, let’s assume because of the economic down turn someone lost their job, couldn’t keep up with their mortgage payments, and lost their house in a foreclosure action. A very sad and terribly emotional event repeated over and over again all across the United States. Further assume the loan amount that was not paid-off with the foreclosure proceeds comes to $100,000. Unfortunately, that amount is not an exaggeration.
What happened? The family lost their home and were burdened with phantom income of $100,000 which resulted in taxes due to Uncle IRS (a grumpy person) of around $30,000. What a terrible double whammy!
And so the Mortgage Debt Relief Act of 2007 was enacted. It exempts forgiven debt for the principal residence. There are some other restrictions but that is the very brief explanation. Generally, no taxes due on forgiven debt for personal residence property lost in a foreclosure action or in a short sale. Well, that’s a good thing in an otherwise sad situation. So what’s the issue?
Well, the Mortgage Debt relief Act expires December 31, 2012. That’s just six months from now. And how long does a short sale take? Oh, it varies but you should figure on seven to nine months. Yes, they really should be called LONG sales.
Help is on the horizon. There is legislation pending in the US Senate and the US House of Representatives to extend the Mortgage Debt Relief Act. There are two different versions of the bill circulating … one extends until 2015 and the other only until 2014. Unfortunately, I think both are short sighted (no pun intended). This mess won’t solved by then.
The only person in WA who has co-sponsored the bill is Rep. Jim McDermontt from the Seventh Congressional District. No other Representative and neither of the two WA Senators have officially jumped on board to help their constituents.
So, if you know someone who is struggling with their mortgage payments, contact your Representative and both Senators to advocate for their support of this extension. It is really important the Mortgage Debt Relief Act is extend to at least 2015.

I've been saying this along with others that this has to be extended, along with short-sales will forever be with us.

I sure hope there is an 11th hour save to this one...short sales are sticking around for a while, a long while. 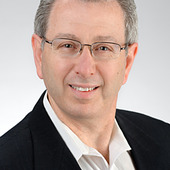 Providing comments about our community so buyers and sellers can make a wise and informed decision about their real estate goals.