Why don’t the banks just foreclose on these people?

Allow me to state is this way, the amount of debt that has been leveraged is beyond our financial systems capability to handle.

If we foreclosed on everyone not making a payment and allowed the homes to be vacant, the responsibility to maintain these homes would fall on the banks, who are not set up to do this. This would cause quick deteriorat…ion to the homes and massive increase in rehabilitation cost born ultimately by the investors who bought the mortgage security in the first place. Who are they? They are your neighbor’s retirement pension fund. If we can’t get them to take less, the local taxing authority must tax you and me more to cover the losses. Cities and states cannot afford this and this is why all of us are in this together.

Foreclosing on everyone who is not making payments means values of the neighboring homes would plummet and crime against these homes would go up dramatically as most would sit vacant due to the sheer size of the problem and the inability of banks to outsource and hire people fast enough to handle the liquidation.

Further, the average bank is leveraged to a degree that if they foreclosed and realized all the loss immediately, they would not have enough money to cover the loss. The sheer fact that no other bank would know what their competitor’s actual cash position is would mean that everyone would stop lending to each other and shut our system down overnight. Our system only works due to overnight lending and banks faith in other banks.

If the guy who runs the buying for the inner city grocery store must do so on float (Meaning they buy the products they sell with borrowed money and pay the invoice later while money is coming in from the sale of those products) is told by the manufacturer of the food or product that they will only deliver COD, this will cause massive disruption of food and other products being shipped. This fear is very real and is precisely why in late 2008 the four regulatory agencies overseeing banks set aside the accounting rules for the TBTF banks so they would NOT have to recognize losses on their books in the manner they once did. This has allowed them to continue, by and large, as business as usual and keep the flow of goods and services moving in America.

The above action and the massive increase in food stamps have avoided soup lines and riots.

Bottom line, this problem is MUCH larger than 99% of America realizes or can even comprehend. What changed from late 2008 when the world was coming to end financially speaking and today? Nothing. We simply printed and created money by promising the world that America will honor these debts. By making this statement and printing US dollars we instilled confidence in the markets. But, we also created more tax liability on America in the last four years than our entire existence since 1776…. combined.

I am not trying to frighten people, but ignorance is not bliss, it is downright dangerous and how we lose our freedom.

Arguing amongst ourselves makes as much sense as arguing over the bar tab on the Titanic. And, it is precisely what the banks and leaders at the top wish for us to do. It diverts attention from their inability to deal with the real issues.

We must realize that President Obama and our current leadership, I’ll assume out of ignorance, is allowing our America to become over burdened with debt in an effort to placate and pander to far too many special interest.

We need a leader who is strong and aggressive and is capable of instilling a sense of urgency and unity into solving this crisis.

The President should be a strong leader that is capable of building a consensus based on our common love of Country instead of Party affiliation. He/she could bring together the Speaker of the House, the Majority Leader of the Senate, key Governors from both parties and the leaders of the AARP to a “come to Jesus” meeting at The White House.

The President should explain that in this meeting we are not affiliated with any party, we are Americans and only Americans and they must sign a pledge agreeing to this in order to partake. Any challenge would mean they would not participate and the next in line would be invited.
We would agree on immediate cuts in services, massive tax cuts only for those who employ and invest in America and a tax increase seven years down the road that would stay in place only if the cuts remain, baseline budgeting is frozen and until we reach a historic acceptable level of debt to GDP.

We would use this committee to force an immediate vote on no budget no pay. And make sure that cameras were rolling.

Getting a Trust, representing a group of investors to agree, or to do principle reduction in a manner that avoids additional liability to the servicer is an art form in of itself.

Also, who gets them and who doesn’t? Why should one neighbor be rewarded for lying on an application to borrow in the first place with a reduction while the sucker who told the truth, lives within their means and didn’t drive the fancy car, or take the vacations pay more?

What is Baseline Budgeting and why is it so dangerous?

Baseline budgeting gives politicians an opportunity to deceive taxpayers by allowing them to claim that they are holding the line on spending while providing more services.

Baseline budgeting seems like a technicality and should not be such a hotbed of contention, but every round of budget negotiations involves baseline budgeting with both sides of the aisle complaining that the other side is using the process to mask spending increases. Baseline budgeting is an issue that truly separates the deficit hawks from the budget chickens.

Eliminating the inflated budget baseline will force Congress to justify and account for increased spending instead of hiding behind automatic increases. Through commonsense accounting, taxpayers would learn that spending in Washington is not under control.
Source: CAGW

Ha!  I don't think the banks really, really KNOW what to do!  They come out with a different idea daily.  You would think that with all the inventory they are sitting on, they are losing money every second, and would just work with homeowners.

It is a complicated subject indeed!!

I posted this today as well;

May 24, 2012: NAR releases Press Release in support of HARP 3. But fails to even acknowledge investors!!!

I may sound like I pick on NAR, I don’t mean to, but for all their millions of dollars in resources one would think they could hire a speech writer so their Presidents can sound well versed instead of possessing a myopic perspective.

“Eliminating the refinancing barriers homeowners face with Fannie Mae and Freddie Mac loans will help bring them relief by lowering monthly payments and reducing the risk of default.”

But, without acknowledging the losses to investors who purchased mortgage backed securities and are required to create budget projections for existing pensions and retirements for cities, states and the Fed based on a certain cash flow, makes the industry look, well, selfish once again.

At the very least, one must clearly present to a Congressman and Senator a well prepared analysis based upon empirical evidence what the losses to investors have been, currently are and are projected to be, based on negative equity and zero relief as well as the actual and projected defaults. Then, compare and contrast those loses, both actual and projected, with the loss in income due to reduced cash flows by allowing an increase in refinancing and the projected impact this might have on the overall economy and the citizens in their districts.

Mark Zandi, chief economist for Moody’s Analytics projects loses of over 6.5 Billion to institutional investors if HARP 3 is passed. This will have a major impact on other areas of our economy. Am I against this course of action? Not necessarily. But if I was an elected leader and I heard testimony from an industry representative lacking substance, I would summarily dismiss it as yet another special interest group concerned about their interest above all others. 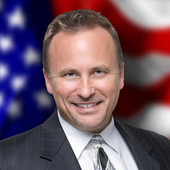