That price was recorded on the warranty deed this week by the Palm Beach County Clerk’s office.

Designed by noted architect Gustav Maass Jr., the four-bedroom, red-brick house stands on the east side of Everglades Island and presides over a lot with 115 feet of waterfront on the Lake Worth Lagoon. The property is about midway between the southern tip of the island and the bridge to the mainland. The house has a little more than 5,270 square feet of living space, inside and out, according to the listing agent.

The property was listed in January 2011 and set an asking price of $6.95 million, which hadn’t been lowered when the property went under contract about three months ago.

“It think it was a fair price, in view of what was happening in the marketplace,” said the listing agent.

Gubelmann and his wife, Shelley, did not reside in the house, Clarke said. Instead, William S. Gubelmann owns a house nearby at 710 Island Drive, for which he has a homestead exemption. It’s the only property in Palm Beach he owns in his name, and his wife owns none in hers, property records show.

The deed lists the seller of 670 Island Drive, Everglades Island as Island Realty Properties LLC. That company and its predecessor, Island Realty LLC, had owned the house since 1999, according to property records. State business records link both companies to William S. Gubelmann. Before that, the property had been owned since the mid-1980s by an entity named County Road Corp. and its predecessor, which also were affiliated with the Gubelmann family.

“It’s a lovely house with a beautiful view,” said the buyers agent, adding that he couldn’t comment on whether the house will be demolished to make way for something new.

With pitched roofs, double-hung windows and white shutters, the house has not been designated a town landmark, a status that would protect it from demolition.

The house on Island Road has many of the elements for which Maass’ work is known — refined architectural details, classically proportioned rooms and a user-friendly layout. Among its features are a fireplace, a library, a two-car garage and an enclosed loggia facing the pool, according to the sales listing.

Maass designed many houses during the Great Depression and in the years after as Palm Beach residential architecture made a noticeable transition from the fanciful, overscaled mansions typical of the 1920s to simpler, pared-down forms, often in more traditional styles.

Everglades Island Real Estate has been a relatively active spot in the local real estate market. A search this week in the Palm Beach Board of Realtors Multiple Listing Service showed nine Homes for Sale on Everglades Island on Island Drive, ranging in price from $6.9 million to  $29.9 million.

In addition, a house at 575 Island Drive, listed for $11.9 million, has been reported in the local MLS as a “pending sale” by Fite Shavell & Associates.

And at 320 Island Road, the street connecting the island to Palm Beach, a vintage house sold for $9.7 million in February in a deal handled by Sotheby’s International Realty.

The warranty deed for the sale of 670 Island Drive lists an address on Palm Beach Lakes Boulevard in West Palm Beach for Island Realty Properties LLC. Business records show that William S. Gubelmann is its manager. 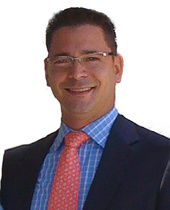 Homes for Sale In Palm Beach