You are cordially invited to attend the

ALABAMA Premiere “Hell and Back Again”

enemy lines. Cut off and surrounded, the Marines fight the enemy and experience

immense hostility from the displaced villagers. Filmmaker Dennis Danfung was

embedded with Echo Company and captures the frontline action. When one member

evolves from a war expose to one man’s personal apocalypse. With the love of his

Beginning at six o’clock in the evening (reception)

Seating at seven 0’clock in the evening (movie) 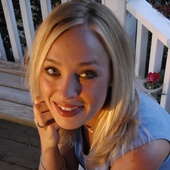