Like:
Home > Blogs > Tony Garcia > Lending in the Carolinas & Virginia

Zillow issued a released Friday reporting that both national home values and rents rose in the month of April.

According to the April Zillow Real Estate Market Reports, national home values rose 0.7 percent in April to a Zillow Home Value Index of $147,300. This is the largest monthly increase in home values since January 2006, and it makes April the second month in a row in which home values climbed up.

Zillow also reported that rents rose from March to April, increasing by 1.6 percent, according to the Zillow Rent Index. Of the 178 markets covered by Zillow, 78 percent experienced a rise in rents.

“The housing market continues to show positive signs, with home values increasing significantly in April,” said Dr. Stan Humphries, chief economist at Zillow. “The recovery is moving in the right direction, but we caution that negative equity will cast a long shadow over the housing market. With almost one-third of homeowners with mortgages underwater and unable to sell their homes, inventory is having a hard time keeping up with increasing demand in many areas. We’ll continue to watch this signal as increasing home values turn from a blip into a trend.”

This news is brought to to you by Zillow, DSNews, and Tony Garcia -Sr. Loan Officer at PrimeLending

Groups:
Marketing and Selling to the Latino Community 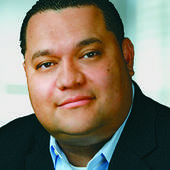