WESTLAKE -- Not one detail was overlooked at Deloitte University's gleaming new $300 million "high-tech and high-touch" training facility in Westlake that officially opened this week.

The 712,000-square-foot, five-story building stretches a quarter mile from one end to the other. Packed inside are 35 classrooms -- four are termed "tele-classrooms" -- 36 team rooms, a 176-seat amphitheater, 800 guest rooms, a 20,000-square-foot ballroom, 12,000-square-foot fitness center and all sorts of touch-screen technology to foster the best learning environment worldwide.

What Deloitte University offers for employees of the nation's largest accounting and consulting firm rivals even the nation's top universities, company executives said during a media tour Tuesday. Deloitte conducts about 4 million hours of training a year and about 1 million will now take place at the campus in Westlake, located just off Alliance Gateway and Texas 114. For example, a new hire can expect to attend Deloitte University within the first 90 days of employment. Classrooms can be set up to tackle even the most challenging of client issues, executives said.

"Almost all the training that goes on here at Deloitte University is simulation-based or experiential-based training," said Bill Pelster, a managing principal of Talent Development. "Long gone are the days, at least at this particular facility, where you're going to have a single person standing in the front of the room, giving a very long lecture on a topic and people sitting there taking lots of notes."

Six weeks ago, the firm's 100 newest partners were at Deloitte University for training, but the company's U.S. CEO couldn't make it. Didn't matter. He was able to be a part of a training session from Miami, appearing on the amphitheater's large screen, Pelster said.

But at 8 p.m. on Wednesdays, the amphitheater turns into the region's best movie theater. Popcorn is popped and guests can watch a movie to relax.

Deloitte University is the vision of Barry Salzberg, Deloitte's global CEO, who was serving as the firm's U.S. CEO when the idea for the facility was launched. Construction at the 107-acre site began two years ago, and in July, it started to operate, ramping up to its official opening this week.

Salzberg, who spent his first night at Deloitte University on Monday, called the center "fabulous," and said his expectations were exceeded.

He pushed for the center's completion, even in an economic downturn, as a way to compete for talent.

Deloitte will still do training at its local and regional offices, and at other large venues when necessary, but Deloitte's 50,000 U.S. employees will likely attend training in Texas every couple of years. Training and other sessions are already booked for the next 18 months. Guests will stay from a couple of days to as long as two weeks, and as many as 45,000 people will stay at the facility annually.

About 55 Deloitte employees work at Deloitte University and another 400 are employees of Benchmark Hospitality, which operates the facility. The firm is considering two more universities, one in Europe and another in its Asia-Pacific region.

Pelster said it's easy to see how impressive the facility is, but it goes beyond the physical plant, located on the rolling green pastures at Hillwood's Circle T Ranch near a Fidelity Investments complex.

"The other part of the transformation that's been occurring for the last several years is really a fundamental rethink of how we train professionals in the 21st century," he said. "It's a combination of high-tech and high-touch. Everything about this facility is really designed to be the heartbeat and soul of the Deloitte culture."

The classrooms have no front; rather each room has three large screens to view. There is a lot of natural light and no power cords to trip on because laptops plug into outlets under the table. Instructors use iPads for their training manuals. The tele-classrooms can connect to other Deloitte training facilities, including one in India.

Guests have plenty to do once training ends. Bistros and snack stations are dotted throughout the main floor and guest floors; there are soccer and baseball fields as well as a two-mile running/walking trail. A social venue called The Barn has pool tables, a 14-foot screen television and an outdoor fire pit.

"The learning here is just better," said Diana O'Brien, a managing principal. "The physical campus is beautiful. We think we've done all things right. When our people are here, they feel they are part of something bigger than themselves." 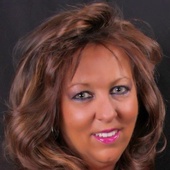 ActiveRain Community over 9 years ago
bookmark_borderbookmark
Is there a NEW 3.8% tax for all home sales
View more Recent Posts   arrow_forwards