Endangered Species? We Think Not!

The Open House In Hernando County: Why? It's Simple, Because Nobody Lives Inside Their Computer… In the Age of the Internet (that’s what we’re in the middle of, I’m pretty sure) it is widely held that everything you want to buy is merely a mouse click or two away. It’s sort of like“Alice’s Restaurant”: ‘you can get anything that you want’ – only better, because you don’t even have to ‘walk right in.’

If that were true, selling your Hernando County house would be as simple as turning everything over to your listing agent, watching its picture go up on the Web, and WHOOSH!, it’s sold! Pack up and move!

Of course that’s seldom the way homes get sold, and for at least one good and logical reason:

Nobody wants to live inside a computer.

When prospective homebuyers get serious, they leave the computer to pay a visit to the real, 3-dimensional Spring Hill-- and the homes for sale here. They want to see what our neighborhoods looks like in real life, rather than through a photographer’s lens. What it feels like to walk through the front door. What the sounds of a Spring Hill Florida neighborhood are like when you stand in the back yard. How the air smells, how the sunlight plays on the walls of what might become the kids’ bedroom, etc. And here is the point: once they’re serious enough to get up and away from that computer screen, they might just drive by one of my Open House signs. In fact, if it’s a weekend morning, they might be driving around the neighborhood actively looking for an Open House sign -- because stopping in at an open house is the least complicated way for anyone to compare a property they have already seen (have made an appointment to see later) with a new possibility.

That is why I tell my clients that an old-fashioned Hernando County open house is worth the trouble to prepare, and worth my giving up that Saturday or Sunday to host. When asked (by the N.A.R.), close to half the people who have bought a home say they used open houses as information sources for their home search; and a reliable 15% say the house they bought first came to their attention through an open house or sign. Good reminder that the internet world is just one more arrow in our quiver...not the only arrow.   Important to do whatever it takes, and in some areas this personal approach is what does the trick!

Sometimes we all forget that the basics still work! Thanks for the comments :) 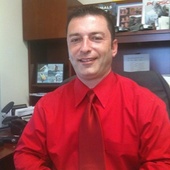