Maybe that's the problem ... there's simply too much information about the national housing market, the global financial market, the subprime, the Fed, the fraud, the foreclosures, to clearly see what's happening. And it's not just me. This information binge clearly is spinning the heads of would-be buyers and sellers.

It's strange because the bad news is offset by the good. For all the declines in the number of homes sold, there is not yet an overall decline in average sales price on the Eastern Shore. For all the lower offers that buyers are making, there are still sellers who have realized great appreciation if they've owned their home for at least three years. For every Realtor moonlighting at the mall during Christmas, there are a number who have had one of their best years - me included.

So if you want my predictions, for 2008, visit my site: JanetEnglish.com and look for Market Predictions 2008, which will be posted for a limited time (until I decide that I look a genius or fool, depending upon whether those predictions pan out.)

On to the Eastern Shore numbers:

The average time it took to sell a home was 144 days, but this stat was skewed by homes that were re-listed after having been on the market for as long as 6 months. (In fact, current statistics show that it may take more than 10 months to sell a home on the Eastern Shore. Mind you, this is a broad measure and not specific to location or price range.)

There are 103 homes on the market. 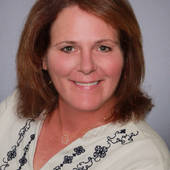