Out of curiosity we have been watching some of National Geographic Channel’s “Doomsday Preppers” in recent months. In case you have never heard the term “Prepper”, here’s a quick rundown found on Wikipedia:

A movement of individuals or groups (called survivalists or preppers) who are actively preparing for emergencies as well as possible disruptions in social or political order, on scales ranging from local to international. Survivalists often have emergency medical and self-defence training, stockpile food and water, prepare for self-sufficiency, and build structures that will help them survive or "disappear" (e.g. a survival retreat or underground shelter).

We have acres upon acres of vacant land available in one of Florida’s most rural areas, surrounded by nothing but more vacant land. There are no neighbors or Homeowner’s Associations to bother you, and often there aren’t even any paved roads.

Drilling a well for water is a piece of cake. You will find water easily anywhere you drill! The Florida sun will charge your solar cells daily, 365 days a year! There is no snow to battle, there is not much need for heating during the winter months.  Worried about hurricanes? Well, you’re likely to have some downed trees, a few shingles missing from your roof and your landscaping might need a make-over. The biggest concern after hurricanes is the lack of electricity and water but Preppers are already prepared for disasters to begin with.

Central Florida provides for a 12 month growing season. You can grow your own food all year long – there’s no downtime. There are some limitations as to what you can grow, for example: apples, cherries and peaches are not suitable for the subtropical climate but there are plenty of other crops to make up for it: watermelon, cantaloupe, bananas, papayas, mangos, strawberries, blueberries, any type of citrus fruit, lychees, kiwi, pineapple, tomatoes, any type of pepper, all types of squash, potatoes, sweet potatoes, any type of cabbage, cucumbers, any type of herb, peas, ocra. What more could you want?

I’m not a Prepper but if I was, I’d stay right here in Central Florida where the land and climate can provide everything I could possibly ask for.

I am interested in joining a preppers group in the Sebring or surrounding areas. Seems like if you retired you don't fit in or at least I haven't read about older people prepping around here. Anyone out there interested in forming a group or tell me of one my wife and I can join. Would like to talk with some one who is interested . Thank you, Larry

Hi I'm Joel, I am just getting into the idea of prepping. I was also wondering if there was anyone else in highlands county who did it. 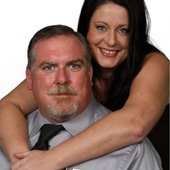 Market Trends, Events & Happenings in and about Highlands County, Florida.