New Suburb Beautiful is one of the most aesthetically pleasing neighborhoods in South Tampa. There are few places were all the homes and gardens are so well tended.  is also known as a great child friendly area. The quiet tight streets lend themselves to children running around and playing in the front yards. From New Suburb Beautiful it is just a short walk to the SoHo and the Macdill/Bay to Bay corridore of Tampa, with the many boutiques and restaurants there to be found. The schools that serve New Suburb Beautiful are Mitchell elementary, Wilson middle school, and Plant highschool. Helpful info on Tampa Schools. Tampa means "stick of fire" and is the name given to the area by the Caloosa Indians who roamed Southern Florida before the advent of the white man.

The town of Tampa was created by the establishment of Ft. Brooke in 1824. Even before the fort was built there was a fishing village in what is now the older section of the Hyde Park area. The village, which was called Spanish Town originally, was located on Tampa Bay near where Spanish Town Creek flowed into the bay at the end of Hyde Park Avenue.

New Suburb Beautiful lives up to its name, being one of the most popular neighborhoods in South Tampa. The area referred to as New Suburb Beautiful is actually made up of three separate subdivisions which shared a common developer. The Subdivision was built by a hugely succesful Realtor named Allen J. Simms, who started work on the development of New Suburb Beautiful in 1923. Much of the land it was built on was prone to flooding and only became build-able due to the efforts of the Tampa Bay Co., who dredged and filled many parts of Tampa.

The develpment of New Suburb Beautiful consisted of 211 lots in the begining with 175 additional lots added in 1924. The platted restrictions included: They be used only for single family dwellings worth at leas $6,000.00; The residence face the street and be set back to established lines; No bungalettes be built (but servants' quarters were generously allowed); and No nuisances would be maintained.

New Suburb Beautiful runs from Morrison on the North, to Howard and the crosstown on the East, to Prospect on the South, and Macdill on the Westside.
A map can be found here.

Other articles for those relocating or interested in Tampa FL:

We provide E-mail updates for people interested in knowing about hot new listings in South Tampa before other Buyers here: Tampa real Estate 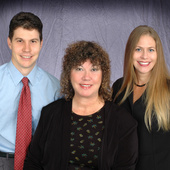 The Wolfe Team has been helping people find great homes in Tampa and South Tampa for over 26 years. The team combines decades of matchless experience. Whether you are looking for a mansion on Tampa Bay, a townhome in Hyde Park, or a new loft condo downtown, we know how to find you what you need and help you negotiate the best price. Please see our website for more info and we will take the stress out of your next move!