This year Queen Elizabeth II celebrates her Diamond Jubilee, an incredible 60 years on the throne.  There were 4 days of formal festivities in London at the beginning of June, a day at the horse races, a River Pageant, a concert at Buckingham Palace and finally a church service and formal parade ending with a military fly past, watched by The Queen and members of her family from the balcony of Buckingham Palace.  Across the United Kingdom and the Commonwealth, there were thousands more Jubilee street parties, BBQs and other celebrations.  Miles and miles of bunting and flags are hanging across the UK, which will probably stay up for the whole summer, with the European Football Championships and the Olympics right around the corner.  At Cheddar Gorge, Somerset, an intrepid abseiler draped flags across the highest inland cliffs in the UK. Of course, being a British summer, the weather was terrible for much of the weekend, with the Royal College of Music Chamber Choir receiving particular acclaim in the British tabloid press for singing constantly for hours during the River Pageant, long after their songsheets had disintegrated in the pouring rain.  Spectators went to some extraordinary sartorial lengths to keep dry during the event, check out our Jubilee fashion show...

A long way from the torrential downpours, British Miamians were able to celebrate the Jubilee in style.  The British American Business Council hosted a Gala Dinner and Dance at the Conrad Hotel in Miami on June 2, with a portion of the proceeds going to the Miami Children’s Hospital Foundation.  On June 10, there was a beautiful Jubilee Evensong event at the Trinity Cathedral in Miami with music performed by the cathedral choir.

Miami is full of potential palaces for the most discerning of tastes.  Check out Kelly’s website to find out more, she's the best British realtor in Miami Beach!!

Up on my coastal area, we watched the BBC coverage and the CBC...sitting in the same kind of rainy weather as on the Thames! 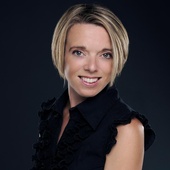