There’s a flicker of hope despite the nightmarish poverty and unemployment numbers released in the past week. Signaling that the government is indeed concerned about the housing market situation, top Senate lawmakers started debating housing finance reforms at a Congressional panel. Among the issues taken up were whether to wind down government backed entities Fannie Mae and Freddie Mac. Many people following the housing market have wondered, why do we need Freddie Mac and Fannie Mae at this stage in the game? According to Reuters, lawmakers on both sides of the aisle agree that the two entities should be “wound down,” but senators can’t decide where the government should have a role in doling out housing finance subsidies.

Senate Banking Committee Chairman Tim Johnson, D-South Dakota, was quoted in Reuters saying he is concerned about consequences that might happen if the government completely washes off its hands. He said that historic low mortgage rates, now around 4 percent, would likely inch upwards. Peter Wallison, an American Enterprise Institute fellow, argued in favor of a private system to enable investors. Right now, taxpayers are forced to take the risks the government is taking, he said.

It will be interesting to see how this debate shakes out. According to Reuters, the first test will come at the month’s end when the conforming loan limit draws back to pre-financial crisis levels. Lawmakers were warned by industry experts against reducing the size of government-backed mortgages. According to a Wall Street Journal story, without lawmakers’ intervention the maximum number of loans backed by Fannie Mae and Freddie Mac would drop Oct.1. The paper reported that Democrats representing pricey coastal areas and real estate lobbyists are advocating to block the change, but they have failed to make any headway. Only a handful Republicans are in their corner, the others want to reduce the mortgage market’s dependency on the government, the paper reported. For potential homeowners, this would be a good one to follow. At a time when lending has come under strict scrutiny, it's easier to get the government-backed mortgages than seeking your luck with a private lending agency.

Mortgages are Hard to Get

Buying a house is not as easy as it was a few years ago. And you may be in for a lot of heartburn when you shop for a loan. According to a USA Today story, tight lending standards have become a nightmare for consumers trying to get a loan. The paper reported that home lending standards are at its strictest in decades, making it a struggle for consumers. Current homeowners also share the pain while looking for refinancing because of dwindling equity in their homes. The only mantra to get a quick loan these days seems to be enough savings for a hefty down payment and stellar credit scores. USA Today says these days, despite near-perfect credit scores, consumers "face more demands to prove their incomes, verify assets, show steady employment and explain things such as new credit cards and small bank account deposits.” And despite the mountain of paperwork, you may still not qualify for the sweetest deal around. It’s a vicious cycle. On the one hand, lenders want to make sure that consumers are absolutely able to meet their financial commitments thereby cutting down on foreclosures and arresting falling home prices. On the other hand, the stringent rules are discouraging customers who have the means and perhaps hurting the industry’s recovery.

Now for some good news. Home prices in Disney’s home, Orlando, jumped 15.1 percent in the last year, according to Propertywire.com. This at a time when Florida, along with California and Arizona, has been declared the worst hit by the housing crisis. Orlando is a favorite destination for Europeans and folks from other parts of the world. And they could have a major role in those numbers. What’s also comforting for the market is that home prices have increased 21.2 percent since January last year. So, if you are looking to invest, this market may not be a bad one to keep an eye on. 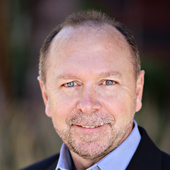