President Obama in a recent State of the Union address spoke about homeownership and how the American Dream has dissipated for many due to lingering challenges in housing and mortgage lending.

The President offered hope to more homeowners by extending the Homes Affordable Modification Program (HAMP) until Dec. 31, 2013, and widening the program’s eligibility criteria.

HAMP allows qualifying homeowners with Fannie Mae or Freddie Mac mortgages made prior to June 1, 2009 to refinance to a better rate and more favorable terms. It also provides incentives to participating mortgage lenders that reduce principle for qualifying borrowers.

foreclosure. Originally, the program was designed to reduce mortgage borrowers’ debt ratio to 31% of their incomes, and those below that threshold were not eligible. These borrowers may now apply for HAMP consideration, as can borrowers struggling under the weight of other liabilities, such as medical bills.

Eligibility also has been extended to owners of rental properties – as many as 700,000 landlords may qualify for loan modification under HAMP.

Moreover, borrowers who were approved for a HAMP trial period, but did not make the payments as scheduled, would now be eligible for consideration under new guidelines. Also, homeowners who missed payments under an approved HAMP modification would be eligible to reapply under the new rules.

If your mortgage is owned, insured or guaranteed by Fannie Mae, Freddie Mac, FHA, VA or USDA you may be eligible for HAMP consideration. Contact your mortgage servicer for details. 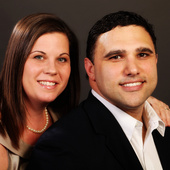