No one is over-paying for houses, but more and more are paying for houses, and it feels like there are fewer and fewer to choose from (only 3.9 months of inventory). Inventory remains at a 10 year low, average sales price is higher than the previous four May's ($233,000), 923 units closed last month.

Interest Rates remain insane at 3.75%. Insane is used in the Ben Bernanke sense, as in, you can't imagine Ben Bernanke describing anything in economics as insane, so if he did, it would strike you as odd or something, and you'd pay attention to it. See? It works. Rates are an insane 3.75%.

Under $200,000 was actually down in units, but considering that there is a puny 2.8 month supply of housing under $200,000 and a lot of these need work, that's why. Anything decent and priced nearly right: gone.

New construction. Permits in May were double what they were in May 2011.

What's Not Selling? $600,000 and above. Sure, you will find sales in the Broadmoor and Monument in this price range, but over $600K was only 2% of the marketplace. I'll go ahead and politicize this more than I do in the Stat Pack, but I'm calling this the "I think I have a lot to lose in this next election" dynamic in the market, which means that there are some economic pursuits you can't choose to stay out of (savings) and others you can (choosing to put your house up for sale / buying one). So since I politicized that statement, I'll also say this: buying into this price range is actually pretty smart. The contrarian school we subscribe to says that the non-behaviors of the crowd don't necessarily add up to the right reaction. There are lots of deals up here and lots of negotiating can be done on top of that. You just need that troublesome thing called cash.

Overpriced listings. I call this the "Tommy Boy's Precious Sale" effect. REALTORS are actually making some money for the first time in a half decade, and they don't want to take chances with their precious buyers. That means anything that remotely smells like an appraisal risk, they will actively discourage buying, because a low appraisal is seen as a non-sale, and a non-sale means starting over. REALTORS are guilty of taking the path of least resistance right now. It's really weird, because there are plenty of obvious inspection-risk houses that contract all the time, but if it's overpriced, or you can find maybe one comp for the place and that's it, well expect lowball offers. I am speaking opinion right now, but I really don't think this is buyer-led behavior.

Low Inventory. It's creating a buzz that intensifies buyer's interest around low prices and super low rates. It creates fear of loss and prompts action.

What's on the Horizon?

Foreclosures.  Robo-signing is done, the properties are being priced, and they're starting to return to market. We've had a very low volume all year so far, but there will be a larger than normal stream of newer listings to end the summer and start the fall from repo land as these properties can now be returned to market.

National Blurb of Note: We're not alone in our 24% decrease in active listing volume. Phoenix is nearly 40% down, Oakland is more than 50% down. Why? Robo-signing kept foreclosures off the market is one. When these start to come back on the market, they'll see a bigger bounce in inventory than we will. Remember: these are properties that have already foreclosed. They're done. They're gone. These aren't foreclosures that were held up. These were properties that were foreclosed already, and procedurals had to be done to make sure they could legitimately sell them.

All agents affiliated with Selley Group Real Estate, LLC are actively licensed in accordance to the laws of Colorado.

Portions of this article are written by Gordon, as framed by the expressed opinions of Cherise, but not proofread.

Cherise - I really like your real estate Colorado Springs market format.  It's good to know no one is over paying, that market activity is up, and what segment of the market is slow.  Excellent market report for your area! 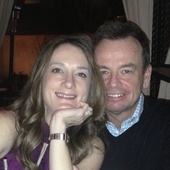