A swing band performed at the Band Stand in Rehobth Beach tonight. There were only six people in the group but they really put out a lot of great sound. The boardwalk and beach were quite busy tonight. A electric transformer blew out in the early evening so a lot of businesses weren't able to conduct business for several hours. Beach goers didn't seem to mind though. They were walking along in groups and pairs, laughing and carrying on conversations.

The concerts at the band stand are free and have acts performing quite a few nights throughout the summer. Here bis the schedule:

July 8 - Nate Myers and The Aces

July 27 - The City of Fairfax Band

Groups:
Be Thankful
HyperLocal Neighborhood and Community Posts
POSITIVE ATTITUDE for the Weary Soul
Do Not Worry ~ Today
Feather Nesters

I haven't been to Rehoboth in years.  It is a beautiful beach town and great family vacation spot. 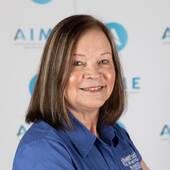