My family doesn't have a lot of Christmas traditions, but one consistent memory I have from my childhood is that we had a Yule Log cake for every Christmas.  It's not a common tradition here in America, but in France the Bûche de Noël, as it's called there, is an important part of the Christmas season.  Today I'm sharing my recipe in hopes that you can make it part of your Christmas tradition too.

What do I love about this dessert?  Well, first of all, it's chocolate!  And you all know I'm a nut for chocolate!  It's ridiculously elegant, and it never fails to dazzle - whether you're enjoying it in an intimate family setting or at the loveliest of dinner parties.  But don't let that intimidate you.  This version is simple to make if you're willing to follow the steps and give it a try.

There are three main components of a yule log:  the sponge cake, the filling and the frosting "bark."  Each individual recipe is fairlystraight forward.  But put them all together and Wowza!  You could make this over the course of the day, or you could break it up into two days, since some time in the freezer is the top secret part of this recipe.  I like to make the cake and fill it and get it in the freezer even a week or two ahead of time. Then I only need to frost and decorate it on the day I'm serving it.

First things first, so let's start with the cake.  You'll need to butter and flour your pan very well so the cake will come out nicely once it has cooled. Separate your eggs into two bowls.  I usually put the yolks in a fairly small mixing bowl and the whites into a fairly large mixing bowl, or my KitchenAid bowl.  Make sure you don't get any of the yolk in with the whites.  If you're not used to separating eggs it's okay.  Just separate each egg into two small bowls and once you're sure the yolk and whites are separated you can dump them into their appointed mixing bowls. That way if you do mess up you only lose 1 egg. Yes, in these photos I was actually making two cakes.  No, you're not seeing double!
Add 1/3c sugar to the yolks and beat them with your hand mixer until they are thick and pale yellow.  When you lift the beaters your yolks should fall back into themselves in a ribbon effect. To that you'll add the flour (or part flour and part cocoa powder as stated in the printable recipe,) and other dry ingredients plus the oil, water and vanilla and mix just well enough to incorporate everything together.

Now beat the egg whites until stiff peaks form.  Then slowly add in 2/3 cup sugar, continuing to beat until a very thick meringue forms.  It should be nice and glossy.  You'll be surprised at how much you get out of three little egg whites, but the whole goal is to add air and create volume. At this point you have two lovely mixtures that you'll fold together to create your cake batter. Pour about a third of the chocolate batter into the meringue and start to fold them together. Nope, not folding like folding a towel folding, but folding by gently sliding your rubber scraper underneath your meringue and turning it back onto itself.  Some of that chocolately goodness will go along with it.  Rotate your bowl about a half spin and do it again.  That's it!  You're folding! Spread the batter into your prepared pan and place it in your preheated oven.  In my oven it takes about 12 minutes.  If your oven runs hot check it in 10.  Remember it's called a sponge cake because of the texture you're looking for.  If you touch it and it springs back, your cake is done.  If you touch it and leave your fingerprint in it, you need to bake it for another couple of minutes. The sides will start to pull away from edge when it's done as well. While your cake is cooling - for just 5 minutes - you'll want to lay out a couple of layers of paper towels and dust them heavily with powdered sugar.  Carefully dump the cake out onto the paper towels.  And yes, you'll get just a little bit of a powdered sugar dust storm, but that isn't a bad thing.  Trim about 1/4 inch from all four sides of the cake.  That will help the cake roll better, and the trimmings are the reward for the chef!  Or the 5 year old who is looking at them longingly.  Yes, that was me when my dad was making the annual yule log.  I always got to help eat the trimmings! Now you'll carefully roll the cake up into the beginnings of its log shape.  Go ahead and roll the paper towel right up in it.  That's why you put that heavy dusting of powdered sugar on it - so it won't stick. Let the cake cool completely so it'll maintain its shape.  And that will give you time to work on the filling.

Here's where you love me.  This is the easiest, most versatile chocolate mousse recipe you'll ever find.  And you'll use it over and over and in everything.  But back to today, you'll need 1 cup of heavy cream, 1 small box of instant chocolate pudding, and 1 cup of milk.  Whip the cream until stiff.  If you think ahead to put your bowl and beaters in the freezer for about 10 minutes it'll go faster, but if you don't, no worries.  In a separate bowl you'll mix the instant pudding with half of the amount of milk called for.  It will be very stiff.  Once it sets fold the cream and the pudding together just like you folded the cake batter together.  One third of the pudding into the cream, then the next third and so on.  It may be hard to get it to all one color, so if you run your beaters through it a couple of times at the end there I won't tell anyone.  Oh, and when I do this at my house I always whip the cream first and the pudding second so I don't have to wash the beaters in between, but I'm smart lazy like that.  I have to wait a couple of minutes for the pudding to stiffen up, but it still beats washing dishes in my world!

Once your cake is completely cool it's time to unroll it to put the filling in. Spread the filling out all the way to the edges. And then gently roll the cake back up onto itself.  Leave the paper towels out this time.  They won't taste so good, even if they have been coated with powdered sugar! Once it's all rolled up you'll want to wrap it in foil.  Kind of like a tootsie roll.  And then freeze it.  It'll need to be nice and frozen solid before going on to the next step. And now it's time for the Miracle Frosting!  The miracle is that you dump all the ingredients into a blender and you end up with a smooth, silky, shiny frosting that could pass for the finest ganache.  No joke! Chop the chocolate up into small chunks.  Add the canned milk and blend on high speed for about 30 seconds.  Scrape down the sides of the blender if needed.  Add the rest of the ingredients and blend together.  At first it will seem like a grainy mess, but don't let that worry you. Keep blending for three or four minutes until it because very thick and smooth.  I know mine is ready when my blender begins to sputter and gasp as if near death.  And, remember, it'll be silky and shiny.  It's a miracle! Dump it into a bowl and let it sit for about 5 minutes; it will continue to stiffen until it's spreadable.  And while you're waiting you can add a cup of milk to the blender and give it a whiz.  You're prewashing the blender - because you're lazy smart like that - and you get a tasty treat for your thirsty self! Remove your cake from the freezer.  Cut off both ends and then cut your cake into slices.  I know, it's unorthodox to cut the cake before frosting it, but I promise it'll make serving this cake so so so much easier.  When it's time to cut it, your knife will slide through it like butter, the pieces will come off beautiful and intact, and you'll look like a culinary genius.  And what's Christmas without a culinary genius? Our final secret is that you'll take a little bit of the frosting and smear it on your serving tray to act as glue.  After all, you don't want your secretly presliced cake to start falling apart before you can frost it, do you? Start frosting on one side of the cake, frosting from the bottom up.  Don't get any on the ends.  You want people to be able to see the tree rings of your log! After you've frosted both sides, go ahead and cover the top. Now take those 2 ends you cut off (Dang, you don't get to eat them!) and fashion them into stumps for your log.  You may need to cut some of the filling out and make them a bit smaller.  Just glue them back together with a bit of frosting if you need to.  And don't worry, they're fairly forgiving.  Place the stumps on your cake and frost them, making sure they are pretty well anchored. Finally take the special bark making tool you bought at the specialty store.  Er, take a fork out of your drawer, and drag it through the frosting to make your bark. Finally, you can decorate your yule log with a bit of mint and some marshmallow mushrooms.  I form my mushrooms with about a half of a marshmallow cut across the width and a third of a marshmallow cut lengthwise.  They're sticky enough to hold together, and if you dip your fingers in cocoa powder you'll get a lovely color on them. this recipe looks awesome and I love that you actually make it look like a LOG!! what a fun tradition, I'm going to start this year! thanks for sharing!... 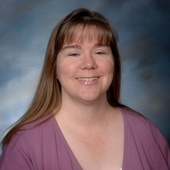