Westfield has very few multifamily properties, so it stands to reason that there are few available for sale. However, what Westfield lacks in numbers it more than makes up for in character and charm. There were only three properties available for sale in December, with an average list price of $716,000. That's slightly higher than 2005 by about 13%. The average days on market were roughly 66, nearly half of 2005 for the same period. Interestingly enough, there were no new listings in December for either year. Nor did any multifamily properties go under contract in December for either year. 2005 had one closed sale for $605,000 - 2006 had none, for the same period. 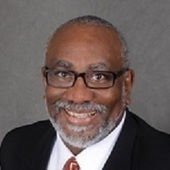