Last month, the Joint Center for Housing Studies of Harvard University released their State of the Nation's Housing report for 2012, which revealed a growing trend in the housing market.

From 1973 to 2008, it was cheaper on a monthly basis to rent instead own a home. However, since 2008 the affordability of owning a home has continued to decline and is actually cheaper now than renting.

Watch Alex Charfen's latest video blog to learn more about this trend in the housing market.

If you're interested in learning more about short sales, you can download this FREE report from CDPE by clicking the link below.

We're seeing this a LOT down here. Our short sale sellers who start looking for rentals are shocked at how much they've gone up.

With the rental price increase In Houston TX, its easy to show the cost return of home buyer over renting.  We have sold a large percentage of our short sales by marketing to renters.

I will bookmark this post and share it with others. I agree it is cheaper to own than to rent in most parts of the country. 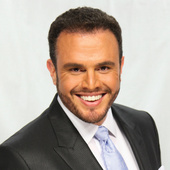 Our news and views on the distressed property market and Real Estate in General.