Schools: Tomball Hills is in the Tomball Independent School District. The elementary, junior high, middle school and high school are within three or four minutes of the neighborhood, as is Lone Star College Tomball.

Shopping: There are four major chain grocery stores in Tomball - Kroger, H.E.B., Wal-Mart and Target. Also, within the City of Tomball, there is a Lowe's, several banks, lots of good restaurants, a Palais Royal, hair and nail salons. If you want to go to the mall, Willowbrook Mall and The Woodlands Mall are nearby. Old Town Tomball is a great choice for neat and unusal gifts that you're not likely to find in the malls or department stores.

Dining: There are many restaurants to choose from in Tomball, including many of the franchises and many local and/or family-owned restaurants as well.

Call me if you would like to see homes on large lots in Tomball Hills that are currently available for sale.  There are rarely very many available at any one time and they often go fairly quickly. 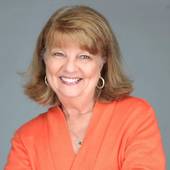