Received an e-mail yesterday from an investor looking for property here in the Phoenix area. Unlike many of the weekend warriors who occasionally drop me a line, this individual was specific in his goals and desires, which was immensely beneficial.

The only real problem was the timing, as what he’s looking for doesn’t exist here …

Looking for best deal ! A purchase well below the valuation of a licensed valuer would be my preference.

Unfortunately, the best deals where homes can be had for less than appraised value – at least in the sub $175k range – only are available in early 2011 and before. These days, any purchase made is going to be at market value – maybe above market value if you’re looking in the sub-$100k range, where lunatic bidding is the norm.

When there are fewer than 8,000 detached homes for sale in one of the country’s largest metropolitan areas, so-called deals are not to be had.

And that’s the real killer, and has been here in Phoenix for many, many years. It’s conceivable a net 10 percent return can happen on isolated properties, but it truly tends to be a needle in a haystack situation. (The exception here are the trustee’s sales, which are an entirely different animal.)

The best way to illustrate this is graphically. Here’s a snapshot of available homes along the northwest Loop 101 corridor in the $150,000ish range:

Now, here’s a rundown of properties along the same corridor that are renting in the $1,300 range – not quite 10 percent on $150,000 but close enough for illustation:

See the dilemma? The higher renting properties are back in Arrowhead Ranch, north of the Loop 101 for the most part and well west of I-17 – exactly where the $150,000 and under properties aren’t.

Now … the entire Valley isn’t like this. I’ll say up front I’m not absolutely certain about the east side (except for what I see in San Tan Valley/Queen Creek), but here in the generally more affordable West Valley, it’s possible to get an 8 to 10 percent gross – not net – rental rate in El Mirage, Surprise, Avondale, Tolleson, parts of Goodyear, maybe some Buckeye … though it’s not a blanket situation. Even in each community, there are going to be spots where it can be done and spots where it can’t.

I’m sure at some point Jeff Brown will jump into the comments and discuss Austin, and I don’t necessarily blame him. When you’re serious about investing, and when you want that investing to get you onto the beach somewhere, you need to go where the numbers make the most sense.

I can make some numbers work in Phoenix, that’s for certain. But there are limits to how high investors ought get their hopes up.

Very thoughtful post...I think your comments could apply to many regions, right now.   The "real" buyer's market was late 2010 to late 2011, I think.

The guy is coming too late to the fair...  I am kind of getting the same thing here is CA.  Where were they in 2008-2011?  Glad to hear Phoenix is making a strong comeback.  I know you guys got hit hard.

Your numbers make Atlanta look like a great place for rental property.

We too are getting into bidding wars, especially in the under $80,000 market.

Makes me glad to be in Dayton, Ohio. Inexpensive housing and moderate rents creates great cashflow for rentals.

We are currently getting investors properties at two price points:

No bidding wars yet, but they are coming. The lower end market is tightening up.

Congratulations on your feature and hard work, glad it has paid off for you good luck 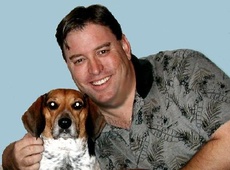