As of Thursday, January 3rd, the US Navy had been ordered to reduce the effect of sonar on marine mammals. According to the judge’s ruling, the Navy is required to discontinue use of sonar when whales or other marine mammals are within 2,200 yards. There will also be a 12 nautical mile no-sonar zone along the Southern California coast.

Military sonar is suspected to cause a condition similar to “the bends” (decompression sickness that causes gas bubbles in the body’s organs), as well as internal bleeding. The Natural Resources Defense Council (NRDC) also believes sonar is the culprit behind whale strandings. The NRDC notes more than a dozen whale beachings than may have been caused by the use of military sonar.

This ruling is especially relevant to San Diego, where the Navy has had a significant presence since 1907 and whale watching has been a popular activity since the 1950s.

Each year approximately 26,000 gray whales travel along the coast between Alaska and Baja California. During their more than 6,000 mile migration to their breeding grounds, the gray whales generally travel alone or in groups of two to three.

The height of whale watching season in San Diego is between December and March, and while it is possible to glimpse the whales from land, whale watching cruises are extremely popular. The Hornblower offers three and a half hour cruises starting at $30 per person.

This ruling is a step toward reducing the effect of sonar on the oceans while recognizing the Navy’s importance in national security and defense.

I first heard about this ruling from Grist... I hadn't know about these effects either! The sonar used by the military was described as a massive floodlight... The sonar emmitted is extremely loud - 215 decibles was noted for "mid-frequency" systems. In humans, 160 decibles will perforate the eardrum.

It was also noted that the sonar testing off the California coast could be detected all the way across the Pacific!

Like
Lance Winslow
The Car Wash Guy - Malibu, CA
The US Navy is really working hard to find ways to do what they can to reduce the high-powered sonar use. Its very good that they are doig this. Lance
Like
Emily Johnston
Keller Williams Realty - Rancho Bernardo, CA

Thanks for your comment. I'm pleased that the Navy has taken some measure to protect marine life from sonar use. I certainly hope they will seek alternative training exercises that have a minimal impact on the environment.

... the California attorney general asked a federal judge to nullify President Bush's exemption of the U.S. Navy to rulings preventing it from testing sonar near marine mammals ...

... and fifteen pilot whales died after stranding on a New Zealand beach. Scientists don't know what causes whales to strand, but some believe disorientation in their sonar sounding systems is the cause.

Thanks for your comment. I certainly hope so, too! (and I'll keep updating with news)

Looks like the above article is a go and the Navy will need to take action to conform to the requirements. If you're interested in seeing whales, get out on the water soon. Whale watching season in San Diego usually only goes through the end of March!

Emily, thank you so much for literally teaching me something! Our whales are so important and man is making it more and more difficult for God's creatures to exist. Thank heavens the federal judge blocked the sonar training protection in the environmental laws! I was in La Manzanilla Mexico last month and watched the whales play in the bay! How beautiful.

Then, of course, you probably heard of the latest oil spill about 140 miles off the Gulf of Mexico just a short distance from a mammal sanctuary. Ugh.

What are we doing? It makes me feel sad and inadequate. Helpless and sometimes stupid. How depressing.

I would like to invite you to join a group I'm in called Local Expert by Adam Waldman. He is running a contest right now to put together a Relocation package of 5 articles and you only compete with yourself. Read about it and see if you would be interested. I think you have enough articles already that you could use.

Thank you so much for your input. I appreciate your writing. Later in the rain~Deb

Welcome back from your vacation! Regarding all this... it was quite the back-and-forth with the judge ruling and White House Exemption. Seems like it's finally resolved now.

Goofy video that's semi-related (and worth the 2 minutes to watch - it's absolutely hilarious): The Front Fell Off

Nice to meet you at Raincamp Emily!  Look forward to hearing more from  you! 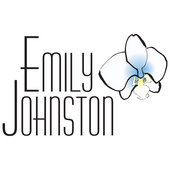