I don't like the idea of eminent domain except under unusual circumstances, but it usually requires 2 things:  1.  the government to pay fair market and to use it for public good.  But in this case it is a rigged deal-they are specifically going targeting  properties where the property values are temporarily depressed, to make a gain for political cronies by picking out the plum homeowners that are current on their mortgage.  I would like to see the legal brief that explains why it makes sense from the standpoint of the "public good" to eminent domain only those current on their mortgage and ignore those who are delinquent.  We have got to beat back the crony capitalism of the current regime.  At least one group in California has beaten a Goliath of government power.  Check out this legal battle that was finally won The Community Youth Athletic Center

Eminate-domain power is being considered by some California cities as a way to turn around the housing market.  The Wall Street Journal writes about it today.

At first glance, it might sound really good.  It reduces the principle down to current home values and allows  upside homeowners to get right side up again.  That is deemed to be a public good which is being argued as a legitimate use of eminent-domain power.

But look whose idea this was.

"The eminent-domain gambit is the brainchild of San Francisco-based venture-capital firm Mortgage Resolution Partners, which has hired investment banks Evercore Partners and Westwood Capital to raise funds from private investors. The company's chief executive, Graham Williams, is a mortgage-industry veteran who helped pioneer lending programs for low-income borrowers at Bank of America Corp. BAC -1.91%in the early 1990s. Its chairman, Steven Gluckstern, is an entrepreneur who once owned the New York Islanders hockey franchise. Evercore's founder and co-chairman, Roger Altman, served in the Clinton administration and is raising funds for President Barack Obama's re-election effort."

Isn't that nice.  Let's just use the power of government to set up some sweet deals for the politically connected.

They aren't going after the mortgages that are in default or where the borrower has a hardship.  These are going to be mortgages where borrowers will be required to be current on their payments.  So it's a really sweet deal for the investors because they get to make loans to borrowers who have proven to be good risks.

I guess it's a good deal for everyone except for the investors of the original mortgage.  Today they have a mortgage that is current, at an interest rate that probably is higher than current rates.  Then out of no where, the government swoops in and pays them maybe 50 cents on the dollar.  They are forced to take a big hit right now but then don't have the opportunity to get in on the new mortgage, unless they are connected to the right people.  To me, that just doesn't sound like America.  That sounds like a banana republic.

Here is a typical scenario that they envision:

"For a home with an existing $300,000 mortgage that now has a market value of $150,000, Mortgage Resolution Partners might argue the loan is worth only $120,000. If a judge agreed, the program's private financiers would fund the city's seizure of the loan, paying the current loan investors that reduced amount. Then, they could offer to help the homeowner refinance into a new $145,000 30-year mortgage backed by the Federal Housing Administration, which has a program allowing borrowers to have as little as 2.25% in equity. That would leave $25,000 in profit, minus the origination costs, to be divided between the city, Mortgage Resolution Partners and its investors."

This is one of the scariest propositions I have seen.

It is emminently communistic. 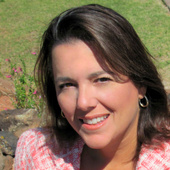