The Ground Round restaurant has moved from its long time home at the corner of the Belt Highway and Frederick Avenue to Downtown St. Joseph.  The move took place earlier this month.  They are now located at 6th and Edmond, the building formerly occupied by Em Chamas Brazilian Grill.  The locally owned and operated family friendly bar and grill has been a hot spot for years.   The hours and menu remain the same as well as providing free popcorn, weekly specials, happy hours and more. In the beginning questions were brought to the table regarding City’s TIF money investments and MD Management (East Hills Mall), but after many discussions everyone agreed it was a great move.  It allowed East Hills to the opportunity to capture additional revenue from the existing site and the Ground Round the ability to remain doing business in St. Joseph.

Driving by many times during the day, I would say the owners of Ground Round have to be pleased with their decision.  The downtown location has been booming with business over the last couple of weeks giving downtowners a new spot to eat, as well as bring long time patrons of the Ground Round to the downtown area. It has been said that Em Chamas will relocate to another property downtown, but at this time hasn’t been finalized or opened.

Be sure to check out the new location!  Same food, familiar faces, great times in a remarkable building, in the heart of downtown St. Joseph, MO!

It is good to see a business expand and become bigger and better.

Dona my friend, the New Building that The Ground Round Restaurant has moved into sure is mighty nice looking. It sure does sound like they made a mighty fine move.

Tim:  Most likely a very good move for Ground Round as it is one of St Joseph's hot spots and downtown could be a very good mix,  Downtown needed a lunch/dinner menu and this is a ideal restaurant to have there.  Hope you have a great week:)

Dale,  The building was renovated a year or so ago and is ideal for a restaurant.  There food is exceptional and have a nice mix for a family atmosphere.  Hope your nice weekend.

Jul 10, 2012 06:12 AM
LIKE
#3
You must sign in or register to leave a comment
Login Register
Show All Comments
Older Post Newer Post
Back to Top
Generate More Leads from this Listing
With a Trulia Pro Account
Learn More
Find what you need?
See More Blog PostsAbout Real Estate! SEE MORE NOW!
Rainmaker
101,491 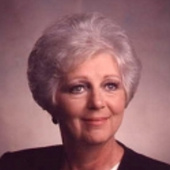