“The torrid sales pace has continued into July,” said Mike Hughes, Vice President and General Manager of Downing-Frye Realty, “and we are on pace for our best July in eight years. Looking at past July pending sales, it is amazing how far we have come.

“As you can see, even though we had a very strong July 2012 for pending sales, we are up 29 percent over last July’s pending sales for the first 23 days of the month.”

Activity in the Bonita/Estero market for the 12-month period ending June 2013:

• The active single family listing inventory is down by 25.3 percent.

• Closed sales of condominiums/townhomes in­creased by 13.6 percent from 140 units to 159 units.

Statewide pending sales – contracts that are signed but not yet completed or closed – for existing sin­gle-family homes rose 23.1 percent over the previ­ous June.

The statewide median sales price for single-family existing homes in June was $175,000, up 15.1 per­cent from the previous year. 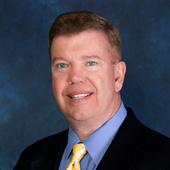