Much has written about the value of social media in real estate.  I have written several articles myself and even taught a few classes.  I actually feel lucky to have grown children between the ages of 30 and 36. Having family members in their thirties is a good lesson in humility.  Working on teams with young colleagues also helps to keep me from leaping to the conclusion that I actually know exactly what is happening.

Interestingly I have gotten a clearer view of the not so subtle changes in our world since I stopped being an active real estate agent.  For whatever reason, and I won't pretend to know whether it is a good or a bad thing, most of the real estate agents that I know are far from being in their thirties. They are actually more likely to be in their fifties and even sixties.

Many of the people in my generation, those of us born before 1950, were raised with the idea that quality and craftsmanship were very important parts of life.  We also grew up in a time when extended family members were just down the road instead of across the continent. People didn't move very much, and if they did move, it was rare that they moved very far.

People tended to work within the system, and the idea of doing things for themselves without the help of a professional was not a common concept.  People trusted authority and rarely challenged it.

Everyone can pretty well see where I'm headed.  Life has fundamentally changed.  There are a lot of reasons we are in a different world.  They don't all really need to be enumerated.  Maybe it started in the late sixties and early seventies when my generation was getting out of college.  Certainly the Internet accelerated the changes, and Smart-phones put the nail in the coffin of reality as we once knew it.

The point is that we are well past the age when someone asks one of their relatives down the road for a recommendation on where to live or which real estate agent to use.  Some of us have had virtual families for years.

Certainly the web has given many people the belief that every answer is just a Google search away. Google has created a world of instant experts that often don't believe that most professionals have much to add to the equation.  That doesn't matter if you are a car, computer, or real estate sales person.  If people do decide they need professionals, it is sometimes done grudingly and without full trust.

What people do trust today seems to be their instincts and the opinions they form from a variety of interactions.  Research has shown that Facebook probably isn't where most people make their buying decisions. There seems to be no good, simple answer of how to reach today's consumers who happen to be getting younger all the time.

Maybe I don't have a good definition for it, and an exact measurement is illusive, but I do know that most people are flying low and fast these days.  That seems to happening in everything from changing careers to picking a smart-phone.  I have a young friend in his late twenties.  He recently changed careers and bought a house.  His parents found out about all of it after the fact.

I'm actually not surprised. While family is still important, it doesn't define life like it once did.  Younger adults form quick allegiances, and it is not unusual for those loyalities to change.  There is a feeling among many consumers including older ones that access to all the information they need is just a few keystrokes or screen taps away.

They also aren't looking for the same things.  The idea that they might be in the same house all their lives is pretty foreign.  They want the best deal for their money, and if going direct to the builder is how they perceive the best way to get it, that's what they will do even it some negotiating skills could have saved them money.

On top of that many people and some of them are not so young have trouble establishing trust with actual people.  If most of your interactions are texting, and email, your social skills are going to lag especially if television is your main recreation.  If television, texting, and email define your life, it would be no surprise that you might not be able figure out which people you can trust.

So where are young consumers and not so young adults influenced by this new world going to get their information?  Unfortunately the number one thing that we can rule out is the newspaper.  Two of my three grown children never pick up a newspaper. Our oldest daughter will read our local newspaper if it is on the table when she doesn't have anything else to occupy her time, but that is it.  Newspapers are dying and many are losing credibility.

Printed magazines seem to fall into the same category as newspapers.  Even the credibility of what is on the web seems to hang in the balance at times. Too many people have found misleading information on the web so they search for multiple sources of information or look at peer reviews of what is available whether it is a movie, a restaurant, or a neighborhood.

As I was thinking about this challenge it dawned on me that the one thing that seems to be consistent with my thirty year old young adults is that they all have a Kindle and/or a tablet.  In fact there are four Kindles and one tablet between my three children.  Aside from an occasional home and garden magazine that the girls read in print format,  all reading is done with an eReader of some form.

I have come to the conclusion that Kindles, Android tablets, and iPads are communication vehicles of the future.  Whether we like it or not, a website will likely function best as a pointer to content that can be downloaded and consumed at the reader's convenience.  I have three very different adult children, and they are all hooked on getting their content on these portable devices.

It is interesting that I just figured this out after the most recent visit from our scattered family members.  Without knowing their preferences, I just spent the last three months writing my first Kindle book.  The book, "A Week at the Beach, An Emerald Isle Travel Guide," was published at the end of June.  It is a very detailed look at the Crystal Coast through my eyes.  I know the area well, having walked all the miles of beach within the town of Emerald Isle a couple of times last year.  I spend any spare time while not walking on the beach in my kayak or boat.

I wrote the book because some people suggested that I take the information that I put on my many blogs and turn it into an easily readable book. I have had so many requests over the years for the information, it seemed like a good use of my time. So far the results have been encouraging even though I'm an unknown author on the Kindle.  The book is available for $4.99 so it is pretty inexpensive way to read about the Crystal Coast, its attractions, weather, and the way of life here on the Southern Outer Banks.  All the information is in one spot with an index.  Amazon makes it easy to read on any electronic device including Smart-phones with their free Kindle reader apps.

Publishing an eBook is not much harder than I thought, but it has enough challenges, that I wouldn't advise trying it unless you are very comfortable with computers.  I was not surprised that getting the material re-purposed for the iPad is a non-trivial challenge.  Having one document work on all platforms is never easy.  Unfortunately even if writing for the iPad is relatively easy, I'm willing to bet getting the document over to the Kindle platform would not be easy, but I should have a better idea in a couple of weeks as I work with Apple's software.

If you have followed my blog, you probably know that I am no longer active in real estate, but that does not keep me from thinking about ways agents and clients can engage in a meaningful way.

With my recent discoveries and experience, I think if I were approaching real estate today, i would do it somewhat differently than I did it in 2006.

While I would not ignore traditional social media like Facebook, I would not put a lot of effort there except to use it as a pointer to my other more significant efforts. I personally think Twitter and Pinterest have much more reach than Facebook.

I would still create a website focused on the area with links to important information.  At a minimum the content on the website would need to refreshed with three or four posts per month.

In addition, given what I have recently observed, I would likely publish a short guide or pamphlet about the area in eBook format. It would be important that any guide provide very impartial information about an area.

My personal belief is that it would be better to charge something for the guide than to provide it for free, but I don't have any evidence or research to back up my hunch.

If you are a real estate firm in this market for the long haul, I believe this could be a winning strategy.  An eBook has permanence, credibility, portability, and convenience that is hard to match.  An eBook also fits the speed of life that seems to be overtaking us all.  You can read a chapter with your morning coffee, and pick it up again when you sit down to relax in the evening.  You don't have to be hooked to the Internet or hunched over a computer.

Even if you have to hire someone to write a guide, I suspect the money spent there would be a better investment than most print media.  if you charge for the ebook, you can probably recoup your expenses if the guide is well written.

I have three other book projects almost finished, or I would take it on myself to write a guide for living in the SW county portion of Roanoke County.  I have answered many similar requests for area information from readers of my View from the Mountain blog.  It is a neat area to raise a family, and a guide with all the secrets of the area might help sell my home that I have on the market there. 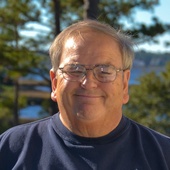