Remember saying the Pledge of Allegiance to the flag when you were in school? Then you are old. My children barely remember it from grade school. I think it's been wiped out in many public schools. I remember it being one of the first things we had to memorize in the 1st grade. I can't remember the last time I heard one of our country's leaders calling us a republic can you?

The reason being that sometime in the last 100 years of our history, we've erased that republic and replaced it with a democracy. We now, almost to everyone of us, believe we live in a democracy and, ... that democracy is good. In theory it sure sounds good. We all have a say in everything. We get to vote for what we want. In actuality we don't. This is not a conspiracy theorist rant either, it's just the truth. Communism too sounds like a good idea... the problem with it is, it just doesn't work.

Corporations have been given much more power and say in how things get done in this country than you or I. That is a true democracy. Those with the power make the rules to suit them. But aren't corporations also people? That's what the Supreme Court decided last year or the year before, my memory is hazy. Case in point. After the great stock market crash in the 1920's and as the country was deep in a depression soon after, Congress passed the Banking Act or the Glass/Steagall Bill which stated in the most simple way that banks could not use depositor's monies for investment banking. They had to form all new and different banks for investment banking and the two could not mix funds. That would shield the consumers and their deposits. Slowly over time, the banks learned how to skirt around the law and then got some amendments passed to favor themselves more and more until in 1999 they were finally successful in repealing the law and then 8 years later... surprise... another great crash. This is how democracy works and we don't seem to learn from our mistakes.

Eventually as in every single democracy that has fallen before us, the general population gets sick of it and we have a revolution. We are coming close to that as we keep borrowing to keep up with all that has been promised to everyone and there just isn't enough tax revenue to cover it anymore.

We were formed as a republic, another ideal which has never stood the test of time because they too ended up folding into democracies. Yet we think we're able to pull this off. So what exactly is a Republic?

A republic and a democracy are identical in every aspect except one. In a republic the sovereignty is in each individual person. In a democracy the sovereignty is in the group. A republic is simply based on a set of immutable laws. That means we have a strong base that everyone must abide by. In the beginning of America we had the Constitution and the Bill of Rights. Here are some quotes from our founding fathers concerning the Republic they helped put together. And keep in mind, there was much fighting, infighting and struggle among these leaders at that time to come to an agreement on all things. There were those against slavery and those for it. So yes, there were some flaws. I believe that most were corrected and hammered out a long time ago that were amendments to the Constitution. The forefathers didn't anticipate that as many changes that have taken place in the last 100 years would be possible or necessary. I still don't believe they were either. It was all these changes that have steered us into thinking we are a democracy.

"Hence it is that democracies have ever been spectacles of turbulence and contention; have ever been found incompatible with personal security or the rights of property; and in general have been as short in their lives as they have been violent in their deaths... A republic, by which I mean a government in which a scheme of representation takes place, opens a different prospect and promises the cure for which we are seeking."- James Madison

“Remember, democracy never lasts long. It soon wastes, exhausts, and murders itself. There never was a democracy yet that did not commit suicide.” - John Adams

“A democracy is nothing more than mob rule, where fifty-one percent of the people may take away the rights of the other forty-nine.” - Thomas Jefferson

One huge change that took place almost unnoticed but yet had the biggest impact on the future was a court decision in 1947 (Everson vs. Board of Education). In this event the court did an about face on the previous 150 year history of the Supreme Court. There is always a defining moment for change and this was that. This was the beginning of the end for America. It was the real beginning of reinterpreting the 1st amendment as separation of church and state. This was not the original intent of the amendment whatsoever.

Our original laws were based upon good sound Biblical concepts. (Why would the Ten Commandments be etched in stone at our Supreme Court?) Just read them and compare them. It reads pretty much word for word on Mosaic law. Why? Because they are truth and justice for our world. Why is murder suddenly ok? Alright maybe it's a strong word but when a mother can terminate her baby before it's born, it's no longer murder, it's a woman's choice. But if that mother terminates the baby after taking a breath of air, it's murder? How could anybody bend the law that much?

But I digress and have veered off topic. Today, I pledge allegiance to the flag of the United States of America and to the REPUBLIC for which it stands, One Nation, under God and with Liberty and Justice for all.

Footnote: For more decisions that our courts made in the past 50 years that turned completely from the first 150 years of our history go to http://www.free2pray.info/court-cases.html for more info on a few of them.

Groups:
SpiritualRain
Christianity and Real Estate
Silent Majority
Walking By Faith In The Rain!
What's Got Your Goat?

Kudos on a terrific post, lest we forget... Thanks a million I totally agree and will reblog to get more reads to view this very American Ideal post..

Great explanation.  If you think the masses are bad now, just wait a generation.  The uneducated are reproducing 5 kids for every 2 that the educated do.

Thank you for being a true American !  Love this post and agree 100%~  I just heard the other day that Fire trucks were being told to remove the AMerican Flag from their trucks .....Sad days are ahead !

Like
Bob & Bonnie Horning
Mount Joy, PA
Thank you Diane, I believe this ship can be righted but since we're in a democracy now, it will take a lot of money and effort. Rob, I believe there is a generation of young radical believers who can counteract that. I have hope. Kimberlee, As quickly as it's turned bad it can turn back. Keep the faith and the dream of our forefathers alive.
Like
Fred Griffin Tallahassee Real Estate
Fred Griffin Real Estate - Tallahassee, FL
Licensed Florida Real Estate Broker

The United States of America was the greatest country in the history of the World.   Read the words of Alexis de Tocqueville or Frederic Bastiat, who marvelled at this incredible nation, as it came to fruition in the early 1800's..

But alas, America is disintegrating before our eyes.  "Democracy" today means Rule by the Masses.   The have-nots and the will-nots want to plunder the goods and property of those who have worked and produced.

The Masses will be aided and abetted by demagogues and iconoclasts like Barack Hussein Obama.

Like
Bob & Bonnie Horning
Mount Joy, PA
Fred, He's just the latest greatest and there will be more. It's up to us to keep the true history alive and perpetuate it. Keep the faith, America will be back again... in some form or another.
Like
Karl Hess
Keller Williams Shore Properties - Barnegat, NJ
on The Jersey Shore

John Adams defined a republic as "a government of laws, and not of men"...which I like.

Here is a link to John Adams letter to John Taylor from which your Adams quote supposedly came from:

We can either right the ship or watch it sink. We have the power, we have to use it wisely.

Here is your democracy,

Those that believe we are a nation of laws would never do this.

You want a conspiracy? I feel that the pledge of allegiance was an attempt to brain wash the public into making them a subject of the federal government, rather than a sovereign citizen. I guess the government didn't want another civil war to come up again.

Bob, we just have to get engaged and quit being the silent majority.

OK, power back on. I would say I missed the A/C except we don't use it anyway... but did miss the fans. Anyway,

Karl, Thanks for the reference and the comment. See, we can all find something to agree on.

Dale, As I reply to Mike F... the courts have shifted towards the criminal's rights more than the victims too. I remember Bonnie having her ID stolen a few years ago. It was real easy to track down who had her cards by the address that the stuff was being sent to. The police had no interest in making an arrest or even investigating it further. Not enough manpower, wrong jursidiction and all kinds of reasons. We have become a nation that not only has many laws, but a country that can't enforce most of them anymore.

Satar, Sadly you are actually very close to the original motivation. It was written by a Baptist Socialist, (sounds like a joke doesn't it?) But just as Satan tries to use good and turn it into evil, this pledge has done a great deal for moral in our country over the years and especially when Eisenhower added under God.

Mike, Yes you are right. What has happened in this country over the past 60 years is that single very loud voices have turned this majority into a silent and apathetic group. The courts have been very active in giving more rights to those who abuse them than the righteous. That is why we lean at all times on Matt. 6:33. When we find God first and reach for His righteousness, all that we need and want will be added to us.

Nice article, I remember only one class where the pledge of allegieace was enacted. I beliecve the teacher must have been a bit of a maverick.

>The reason being that sometime in the last 100 years of our history, we've erased that republic and replaced it with a democracy.

- It seems more like a kleptocracy because huge mega-corporations have so much more influence than the collective influence of the citizens. The influence of Monsanto over the FDA is one such example.

Richard, You sure got that right. Monsanto is the FDA pretty much. Pushing all the little farmers out of business is the goal. 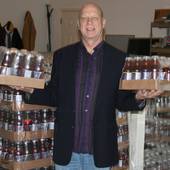