Home > Blogs > Mike Turner > Boise Real Estate Market Insights
bookmark_borderbookmark
It would seem that the housing recovery in the United States is underway. About time, right? Sales volume is up, prices in most areas are on the rise, even builders are starting to ramp things up a bit. So how sustainable is the recovery? Is there still another shoe to drop?

I’ve written about this before, but it bears mentioning again. It’s hard to find a news report that has good news about real estate without a “Yeah, but…” somewhere in the article. When it comes to real estate, even the good news seems to be filled with “Yeah, buts.” Home prices seem to be stabilizing. Rents are on the rise and mortgage rates keep dropping. Homes are affordable, foreclosure rates are down, and even home construction is starting to pick up. Yeah, but… The “Yeah, but” mindset is sort of understandable. The financial crisis of 2007 was substantial, and real estate was at the heart of it. The economy is still recovering, and the slower-to-recover real estate market is slowing the overall recovery. But housing IS recovering. Prices are still affordable, but they’re not on the decline in many areas of the country anymore. Home loan rates are as low as they’ve ever been. People are again buying existing homes and building new ones. Confidence in real estate is growing. But it seems that there is many who are still waiting for the other shoe to drop. We hear that there are a whole bunch of homes that aren’t on the market yet, but are in some kind of foreclosure “limbo,” and when they eventually are repossessed and put up for sale by banks, it will be the next foreclosure crisis. But how long have we been waiting for this other shoe to drop? The backlog in foreclosures we kept hearing about after the “robo-signing” scandal has still yet to reveal itself in any meaningful way. Yes, after the major lenders settled lawsuits with states’ attorneys general, foreclosures picked up again. They have been rising, in fact, for the past few months. The procedural issues seem to be behind them, and banks do seem to be back in the foreclosure business. But housing continues to recover. The uptick in foreclosures that was expected to stop the recovery dead in its tracks hasn’t stopped anything. Sales are up, unsold inventory on the market is down, and prices are climbing. So it would appear that the “Yeah, but…” second coming of the foreclosure crisis isn’t hasn’t materialized. Even so, there have been enough “Yeah, buts…” to wonder if the housing recovery is sustainable. I think it is. At least I think it is in Boise Idaho where there is no shortage positive market activity. I believe that people are confident in real estate again, and that confidence will continue to grow. As confidence grows, and housing is still super-affordable, the recovery will pick up. I don’t think there’s going to be a major second foreclosure crisis. But housing’s recovery DOES need some things to keep going its way if it’s to be sustained. One of the biggest factors, in my opinion, is jobs. Interest rates, home prices, rising rents – none of it matters if somebody is out of work. The unemployment rate is still high in the United States, and although it’s improving, the relatively high number of people out of work is what’s really keeping real estate from fully taking off. However, the housing market in Boise is far better than I expected it to be with over 7% unemployment. The federal government has tried to stimulate recovery by offering tax credits, loan modifications and more, but what the people in Washington don’t seem to fully grasp is that if they want Americans to buy homes – buy anything, really, to bolster the economy – Americans are going to have to have jobs. Nobody who’s out of work, or nervous about the possibility that they could be out of work, is going to buy a home. If the housing recovery we’re seeing now is going to continue, the unemployment situation is going to have to get a lot better. There are, however, some other contingencies to a recovery that’s sustainable. Financing, for example, is going to have to continue to improve. It seems that now that prices in most markets are stabilizing and the foreclosure settlement is done, that banks are a little bit looser. We’re never going to see the low lending standards of the real estate bubble years (which is a good thing), but if the recovery is to be sustained, then more “average Joes” will have to have financing available to them. The situation with Freddie Mac and Fannie Mae – the two bailed out mortgage backers now under government control – is also going to have to get ironed out. Do they stay? Do they fold? Will the government continue to be in the business of insuring mortgages? There needs to be some definitive answers. It’s really not that complicated, is it? For a sustainable recovery, you need jobs, available financing and a some sort of backing of mortgages. As for waiting for the other shoe to drop, waiting for the second “crisis,” – I choose not to live in fear of it. Is it possible, “yes.” Is it more than likely a second housing crisis with happen, “depends who you ask.” If you ask me, I say this housing recovery is sustainable. In fact I have much more confidence in the housing recovery at this point then I do about the full US economic recovery over the next few years.
Like favorite_border
favorite_border 0
Re-Blog
repeat 0
bookmark_borderbookmark

If the housing recover is sustained, the rest of the economy will follow suit.  Housing means new construction, more jobs and related industry jobs.  Housing is where the recovery starts.

Mike, your are right.  Living in fear is not productive.  I sincerely hope that the housing recovery is sustainable!

The first question is, is there truly a housing recovery in effect?

Data is conflicting at best.

Like
David Popoff
DMK Real Estate - Darien, CT
Realtor®,SRS, Green ~ Fairfield County, Ct
The housing recovery is going through a change with more renting than owning. There are many factors contributing to the change but it could be the new Ameerican lifestyle.
Like
chevron_left
Older Post
Back to Top
Newer Post
chevron_right
Rainer
21,424 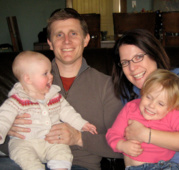 Boise Real Estate News and Home Reviews from Mike Turner and his team of top Luxury Home Agents at Front Street Brokers in the Boise Idaho marketplace.  We review and analyze the best homes on the market and give you our honest opinions of the properties, as well as offer the best market insights you will find in Idaho.